Rumor: Is the Next Camaro Z/28 Really Getting a 700-Horsepower V8 Engine? 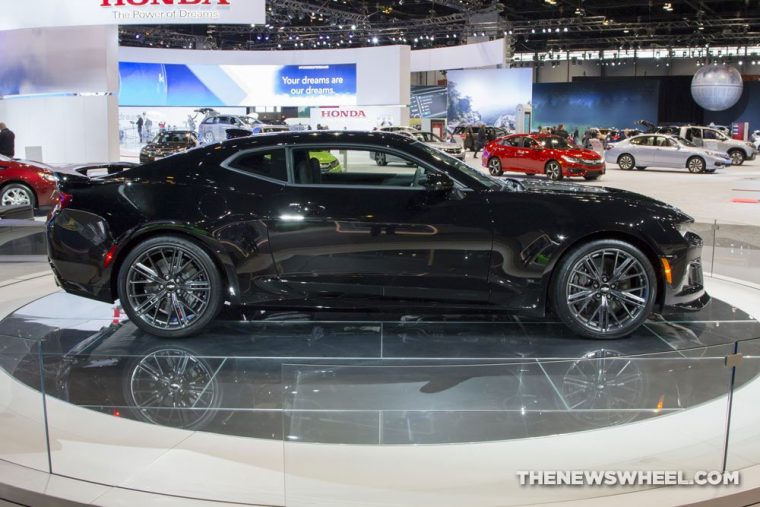 While it’s true that Kurt Busch won the 59th annual Daytona 500, many auto enthusiasts will tell you the real star at Daytona was the sixth-generation Camaro ZL1.

Chevrolet not only convinced retired NASCAR legend Jeff Gordon to drive the Camaro ZL1 pace car for “The Great American Race,” but the bowtie brand also used the Daytona spotlight as the platform to debut the 2018 Camaro ZL1 1LE performance car.

As it turns out, the new Camaro ZL1 1LE is actually the car that multiple automotive sites thought would be the sixth-generation Z/28, which has been seen in numerous spy photos in previous months.

While this news certainly deflated the hopes of many Z/28 fans, there might still be hope for a sixth-gen Camaro Z/28 after all. That’s because AutoBlog recently published spy photos of what it believes is the upcoming Camaro Z/28. Although the test mule lacked a rear spoiler, which is usually found on the Z/28, the car still features a more hard line design than most factory Camaros and the large hood scoop could be forcing air towards an all-new GM powerplant.

The high-performance @chevrolet Camaro of your dreams is coming soon, and we have the spy photos to prove it. https://t.co/uLAnvLslx8 pic.twitter.com/i3LjrARAue

Car and Driver also reported recently that a sixth-gen Camaro Z/28 is indeed coming and that it will feature a naturally-aspirated V8 engine good for at least 700 horsepower. To achieve that type of muscle, this new motor—dubbed the LT6—will make use of dual overhead camshafts, a flat crankshaft, direct injection, four valves per cylinder, titanium connecting rods, and all aluminum construction.

Car and Driver also reported that a twin-turbo version of this engine could debut in the 2018 Corvette ZR1. This version of the engine would be called the LT7.

It could also be true that the model in the spy photos isn’t a Z/28 at all and that it’s simply an updated Camaro that Chevy is preparing for a mid-cycle refresh.