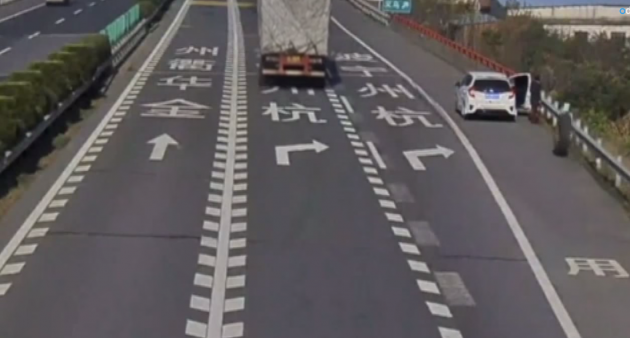 “Look Out, He’s Right Behind You!”: Runaway Tire Attacks Innocent Woman in China

Sometimes people get injured on the highway because of their own careless behavior – for example, the careless motorcyclist from last month who took a tumble because he was engaging in illegal lane-splitting. Other times, a person is just very, very, very, very unlucky. Sadly, this time it’s the latter:

As the video’s narrator reports, the woman received three fractures and was hospitalized after a runaway tire came loose from a semi trailer and crashed into both her and her car door. The poor lady was just pulling over to the side of the road, presumably to stretch her legs and take a break from driving.

On the bright side, this woman was not injured in vain, as the traumatic incident has already inspired a major Hollywood motion picture:

This is also a reminder that it’s not always the best idea to stop on a busy highway, unless it’s an emergency. Even though the chances of random runaway tire attacks are pretty slim, statistically, it’s still unwise to stand so close to a road full of fast moving cars, which could lose control or be involved in a crash at any time. Play it safe by taking an exit and finding a proper rest stop, like a gas station, or a parking lot, or a Waffle House.

We’re not sure if they have Waffle Houses in China, but if they did, this poor woman might not be in the hospital today. Now there’s some food for thought.