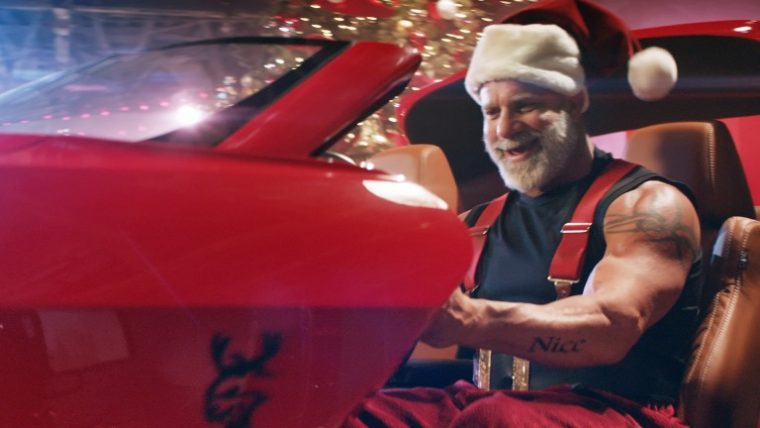 When most people visualize Santa Claus, they picture a jolly, fat man with a long, white beard. However, it would seem that Dodge imagines Old Saint Nick with a different physique.

The latest round of Dodge commercials for the holidays star a rather buff Santa Claus surrounded by a collection of Dodge cars.

In the television spots, designed specifically for Dodge’s Black Friday sales, the muscular Santa declares that his sleigh needs a serious upgrade. So, he and his elves head to Santa’s personal garage to modify some of Dodge’s most iconic vehicles.

You can witness the holiday-themed ad for yourself down below:

If this swole Santa looks familiar to you, don’t be too surprised. The commercial stars Bill Goldberg, a professional wrestler and former NFL player. Goldberg is also a frequent spokesperson for Dodge and an automotive aficionado.

Goldberg isn’t the only celebrity to appear in these ads. Another features Cristy Lee, host of “All Girls Garage,” as Mrs. Claus.

That commercial can be viewed below:

The song featured throughout these commercials is a heavy metal cover of “Santa Claus is Back in Town,” a song originally recorded by Elvis Presley. This rocking version can be heard on the aptly-named album “We Wish You a Metal Xmas and a Headbanging New Year.”

Among the numerous upgrades Santa adds to his sleigh is a new Hellcat emblem bearing antlers. Those enamored with the design can purchase shirts and other merchandise bearing the symbol on Dodge.com. It just might make the perfect gift for the car buff in you life this Christmas season!