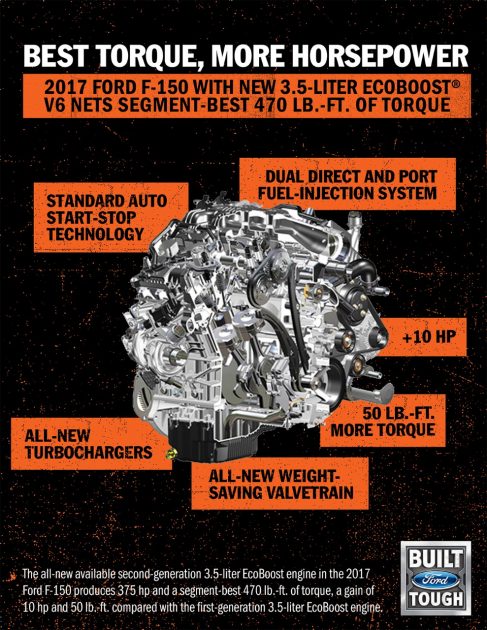 One has to admire Ford’s determination to constantly improve the quality of its best-selling F-150 despite the possible inclination to rest on its laurels and coast along. With a number of upgrades and improvements already notched for the 2017 model year, the Blue Oval announced this month that its F-150 equipped with the all-new 3.5-liter EcoBoost and 10-speed automatic transmission will generate the best torque in its segment and even more horsepower. 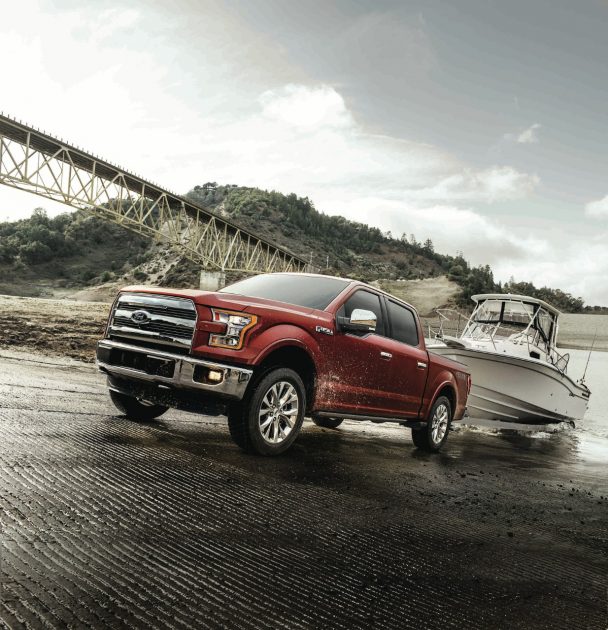 Adding to this impressive fact is the improved performance and acceleration that will come along with the F-150’s new 10-speed automatic transmission. This combination will also be a winner in terms of fuel efficiency thanks to the standardization of Auto Start-Stop for all F-150s with an EcoBoost engine.

The most current iteration of America’s most beloved truck hits the market this fall.