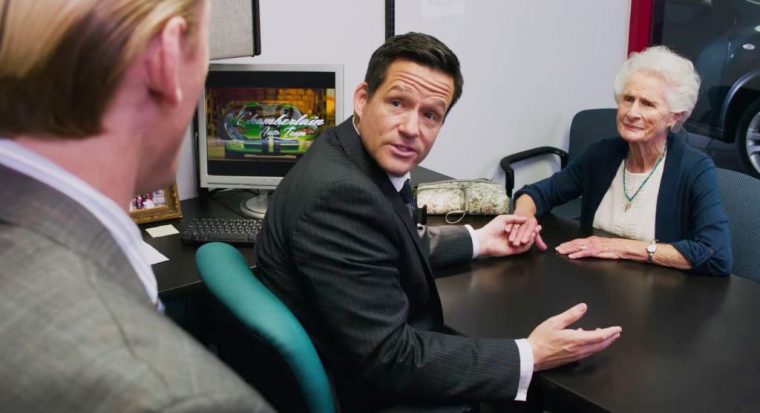 To sell a car, you have to do “whatever it takes”
Photo: FilmSpark

If you think car dealerships are a crazy place to shop at, imagine what it’s like for the people who work there! A lot goes on behind the scenes at car dealerships. Thus, it’s the perfect setting for an out-of-control comedy.

The new film Car Dogs is finally making a limited-release in theaters. Staged in a dealership of fast-talking salespeople who live by the mantra “Whatever it takes,” this independent film promises a truck-load of laughs.

Check out the trailer below.

Intimidated About Test-Driving a Car? These tips will help ease the tension!

Car Dogs Is a Truly Independent and Promising Comedy

The fictional events of Car Dogs take place in a dealership located in Arizona. It centers on Mark, whose overbearing father owns the car dealership. On a hot summer day in Phoenix, sales manager Mark has the chance to step out from under his father’s shadow and get his own dealership–if he can get the team to sell an insanely high number of cars by the end of the day. 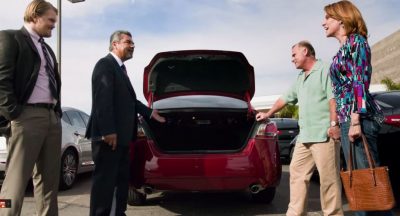 If you’ve not heard of Car Dogs before, that’s because it’s a “hometown” effort. It was set in and filmed locally in Scottsdale and is getting its release this week in local neighborhood theaters. Car Dogs is produced and directed by Adam Collins, a film professor at Arizona State University; the feature-length film was created with 85 university interns as part of a school program.

The film stars a number of recognizable faces, including George Lopez, Nia Vardalos (star of My Big Fat Greek Wedding), Octavia Spencer, and Patrick J. Adams (a lead in the TV series Suits). In fact, much of the cast consists of television veterans happy to lend a hand in promoting young, eager film students who are the future of the industry.

If Car Dogs gets a wider release and you have the opportunity to see it, support independent filmmaking and enjoy this wacky dramedy that pokes fun at the tropes and cliches of the car sales business.

Car Dogs is rated R for language throughout.

Don’t Want to Get Sold a Lemon? Buy one of these top-rated vehicle brands