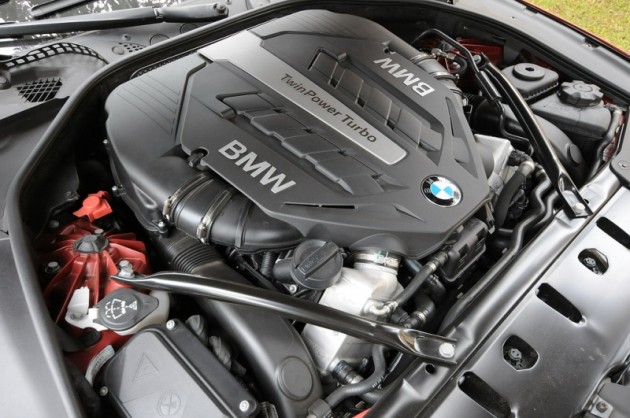 Get ready to fill this turbo-powered monster with the oil industry’s best!
Photo: Paulo Keller via CC

Come and listen to a story ’bout a brand named BMW: a proud automaker, barely kept its sales fueled. Then one day it was discussing what to do, and up through negotiations came a bubblin’ crude.

Oil, that is. Black gold. From Shell, no less.

The BMW Auto Group has struck it rich with UK-based Royal Dutch Shell. Beginning in 2015, Shell will be the company’s only endorsed global supplier of aftermarket engine oil. Boasting a premium product, the company will produce and supply its product as exclusive BMW engine oil supplier.

Now it’s time to load up the truck and move to Beverly!

As the Official BMW Engine Oil Supplier, Shell Will Be Livin’ Large

This new deal will seal in a bright future for Shell as the only BMW engine oil supplier for 3,500 dealers in over 140 countries. From the US to South Africa to South Korea, BMW engines passing through will be brimming with Shell’s black gold.

If you’re still a critic of oil companies, thanks to BP’s environmental escapades, you might be a fan of what made BMW pick Shell. The company will be using its PurePlus Technology, a gas-to-liquid process 40 years in the making, which converts natural gas into base oil, winding up as engine oil. The part of the equation PurePlus eliminates? Crude oil.

Mark Gainsborough, executive vice president for Shell Lubricants, said: “We are honoured to become the BMW Group’s recommended supplier of aftermarket engine oil…This deal brings two leading brands together to offer the best of performance and technology to BMW service customers. Both companies have a very strong commitment to premium products and services, giving us much in common.”

We’re intrigued with Shell’s promotion to BMW engine oil supplier, and what it could mean for the future of clean oil.

Related: Not enough people can get their hands on BMW’s EV