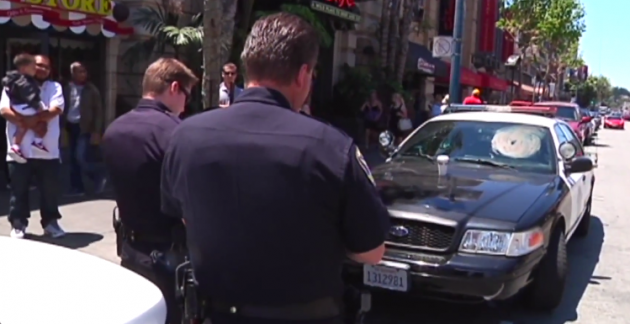 It seems that criminals have recently picked up a new pastime: pooping in or on police vehicles. These filthy ne’er-do-wells are making certain that crime is a messy business. Take for example the latest incident, where a San Francisco man smeared feces on the front window of a patrol car.

According to a report from KRON 4 News, a police lieutenant parked the police car near San Francisco’s Fisherman’s Wharf while she got a bite to eat. That’s when something “fishy” happened.

The lieutenant received a flood of messages on her phone notifying her of the bizarre situation. When she arrived at the scene, the driver’s side of the vehicle’s windshield was covered in a brown substance. It didn’t take long for authorities to realize that it wasn’t coffee.

According to witnesses, the subject also urinated on the car’s door handles. The man, who was not wearing a shirt, was taken into custody shortly after the incident. The subject is also accused of trying to kiss an employee at a nearby shop. When the employee refused, he reportedly exposed himself to her.

The police cruiser was left in such a disgusting condition that police deemed it a bio-hazard and had it towed from the scene.

Before its departure, the police car became a tourist attraction. Many people nearby stopped to take pictures of the vehicle. Some even took selfies with smeared car, obviously needing material for their s“crap”books. 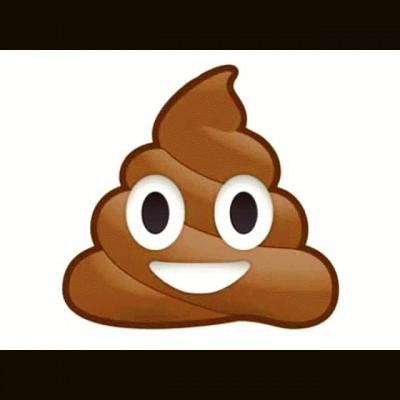 Now they will have a selfie to match their Poop Emoji
Photo: Madeline Gannon