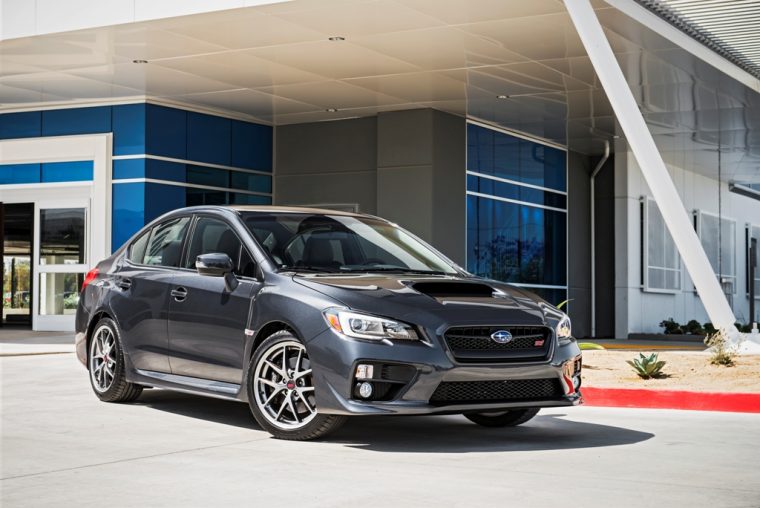 Subaru has released pricing details for the performance-packed 2017 WRX and the WRX STI. The 2017 Subaru WRX, available in standard, Premium, and Limited trims, starts at $26,695, which marks a $100 increase over the outgoing model. The WRX STI is offered in standard and Limited trims, with a starting MSRP of $35,195. The price for the Limited ($39,995) remains unchanged over last year. All models carry an additional $820 destination and delivery charge.

New for 2017, both the WRX and the WRX STI get tricot headliners. In addition, the WRX STI base model now gets auto on/off headlights in auto mode position with windshield wiper operation; previously, this had only been available on Premium and higher. Standard on all trims levels is the power window auto up/down function for front windows, including anti-pinch protection.

The 2017 Subaru WRX is motivated by a 2.0-liter direct injection turbo BOXER engine, which lays out 268 horsepower. Its “rally-bred” performance is enhanced by a six-speed manual gearbox and Symmetrical All-Wheel Drive.

The WRX Limited benefits from a number of safety upgrades to the EyeSight system, also seen on the new 2017 Forester. Those upgrades include Steering Responsive Fog Lights. And, like all new models in Subaru’s lineup, the WRX gains the STARLINK infotainment system, with a 6.2-inch screen.

The 2017 Subaru WRX STI brings even more power to the segment with its 2.5-liter turbocharged and intercooled BOXER engine, good for 305 horsepower. On the Limited, drivers can go with a low-profile trunk spoiler instead of the large signature wing, at no extra cost. Limited models also get leather-trimmed upholstery, Blind Spot Detection, Rear Cross Traffic Alert, Keyless Access, an 8-way power driver’s seat, power moonroof, and more. STARLINK upgrades to a 7-inch system.

Subaru Cares: What is the Subaru Love Promise?

The 2017 Subaru WRX and WRX STI will arrive at dealerships this summer.