The long-awaited and long-requested “Scoobynatural” episode, a crossover between Supernatural and Scooby Doo, is almost here. Supernatural and Scooby Doo have a handful of similarities, such as hunting ghosts and fighting monsters while driving around in a pretty unique car. The Winchester brothers have even referenced the animated series in the past. Now, Supernatural’s demon-hunting brothers are taking a trip to the animated world of Scooby Doo, and it looks like they’re bringing Dean’s Impala along with them.

2018 Lineup: Check out the newest Chevrolet Impala on the market

The episode made its debut at this year’s PaleyFest, where the shows’ cast members — including the automotive ones — appeared on the red carpet. The Supernatural car, a 1967 Chevrolet Impala, sat comfortably next to the forever-famous Mystery Machine. Both vehicles are characters in their own right, helping the protagonists of their respective shows stop the bad guys. While some would argue that Supernatural‘s automotive cast member has a bit more style than the Mystery Machine, both are well-loved among fans.

The primary cast of Supernatural — Jensen Ackles, Jared Padalecki, and Misha Collins — gathered around both vehicles, accompanied by Scooby Doo, for a photo-op.

Dean Winchester’s 1967 Impala has been on the show since its debut and has even gained its own nickname among fans, the Metallicar, but Dean simply refers to the car as his “Baby.” The Mystery Machine is a ’90s favorite, thought by many to be modeled after a Volkswagen Bus. However, the Mystery Machine that made an appearance at the PaleyFest sports the styling of a passenger van. 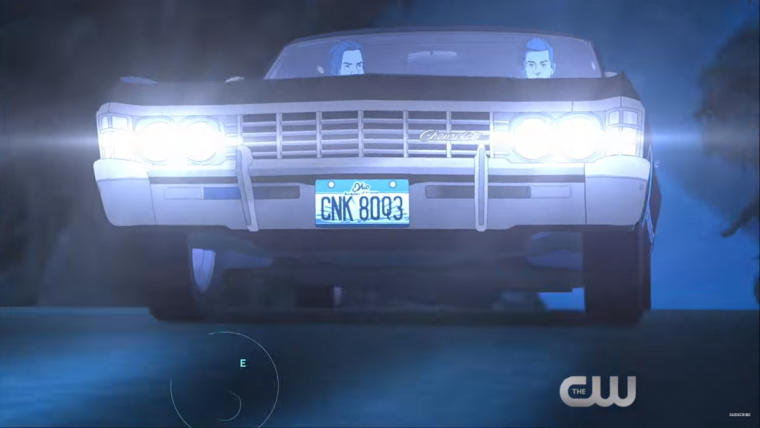 Thanks to the episode’s promo, we know that Dean’s Impala will be animated for the episode. Nothing can truly live up to the muscle and strength we see (and hear) from this ’67 Impala in real life, but it will be interesting to see what the animators have in store.

Chevrolet News: The next-generation 2019 Silverado has officially been unveiled