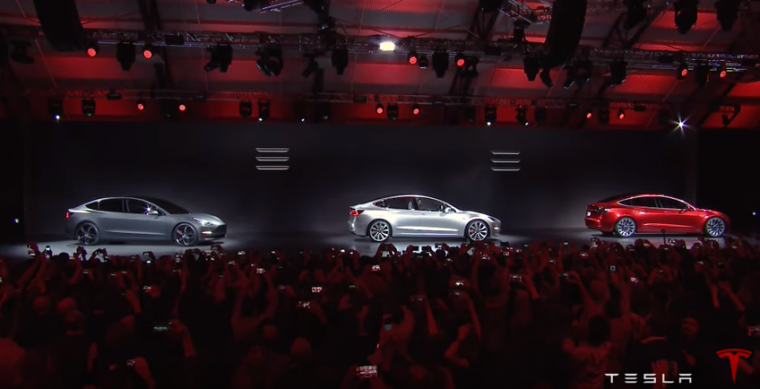 The Tesla Model 3 is introduced to the world

It’s been a long time in the works, but last night Tesla Motors unveiled its newest vehicle, the Model 3. This premium EV will allow the American carmaker to reach a larger number of drivers, thanks to its more affordable $35,000 price tag—right around half of the company’s flagship vehicle, the Model S.

The Model 3 promises an impressive range of 215 miles, seating for five adults, a 0-to-60 time of less than 6 seconds, and an impressive 5-star safety rating. As of last night, interested drivers can reserve their Model 3 for a $1,000 deposit, and orders hit 137,760 just an hour after last night’s reveal. Some people had been waiting in line since Wednesday to be among the first to reserve this revolutionary vehicle. 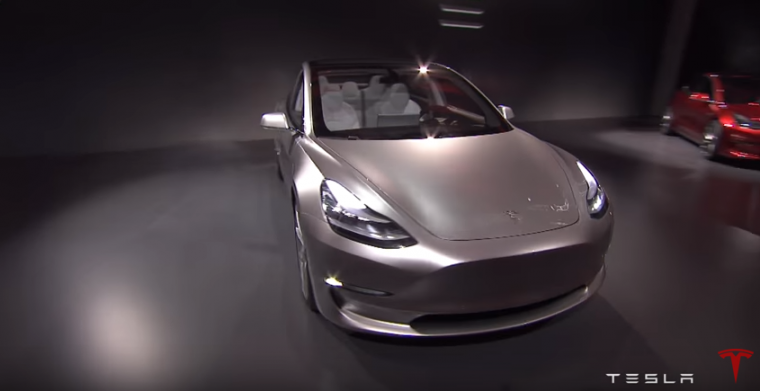 Tesla CEO Elon Musk introduced the Model 3 at a converted hangar at the SpaceX factory in Hawthorne, California, just outside Los Angeles. During the reveal, three Model 3s drove onto the stage to show audience members just a few of the available colors. Immediately, viewers could see the similarities between Tesla’s popular Model S, with its lack of front grille making it immediately eye-catching. Musk explained that the Model 3 has two trunks—one in the front and one in the rear—thanks to its lack of gasoline engine under the hood.

Like its Model S and X siblings, the Model 3 comes with a huge touchscreen mounted on the center console. Additionally, it offers a glass roof over the front and rear seats to allow for greater headroom.  It’ll be fitted with Tesla’s autopilot features, allowing for greater safety at highway speeds. And owners will have access to the Tesla Supercharger network, which provides high-speed recharging stations at no cost. 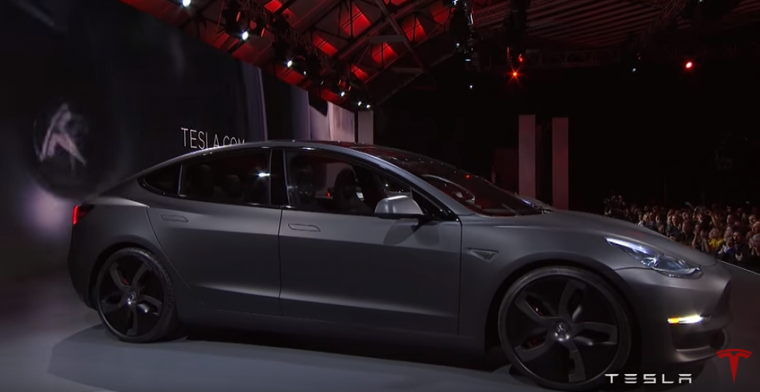 The Model 3 won’t enter production until 2017, with deliveries expected to begin towards the end of that year. This means that the Chevy Bolt will more than likely hit the market ahead of the Model 3. The Bolt is expected to offer around 200 miles of driving range with a price tag of $35,000 (sound familiar?), while the Nissan Leaf’s next generation should offer an even higher range at a similar price.

A report from USA Today estimates that Tesla would have hit $3.5 billion with just 100,000 pre-orders. With pre-orders well exceeding that number, it’s presumed than Musk and Tesla had a pretty decent night, and could even have set a record for a consumer tech company.

Watch the Full Reveal of the Tesla Model 3