The Vehicles of “Star Wars” Are Aerodynamic Disasters

While the spacecrafts of "Star Wars" are visually appealing and work just fine in space, once they enter the atmosphere, they should hypothetically encounter some major aerodynamic drawbacks

Battling in the atmosphere can be a real “drag”
Photo: Lucasfilm Ltd./ Disney

As far as science fiction series go, the Star Wars franchise has always played pretty fast and loose with its physics. That tends to happen when you have a cast of characters who can move objects and shoot lightning using “the Force.”

With that said, it should probably come as no surprise that the designers of the ships in Star Wars were not thinking about aerodynamics when creating these spacecrafts. After all, when your ships are in space, you don’t have to worry about things like wind resistance or drag coefficients.

Still, some of these spacecrafts have partaken in atmospheric battles over the course of the saga. While The Force Awakens is filled with these inter-atmosphere encounters, scenes of TIE Fighters dotting Bespin’s skies date back to the original trilogy.

That brings up the question of how Star Wars ships would perform in Earth’s atmosphere if real-world physics were at play. YouTuber EC Henry, who has created several in-depth videos examining the physics of Star Wars and other sci-fi franchises, recently investigated that question and discovered that the ships of Star Wars canon are anything but aerodynamic.

An Emphasis on Spacecrafts: Upcoming “Star Wars Resistance” Animated Series Will Focus on the Vehicles of the “Star Wars” Universe

EC Henry recently acquired an application for Autodesk named Flow Design. This application can simulate the the environment that various vehicles can undergo, even measuring the drag coefficient of those vehicles. Drag coefficient is generally described as a number that physicists use to explain how a collection of aspects like shape and flow can affect the drag an aircraft experiences.

By entering 3-D models of the Star Wars ships into Flow Design, EC Henry could then determine the drag coefficients of these vehicles. The results are not encouraging for any atmosphere-bound pilots in the Star Wars universe. 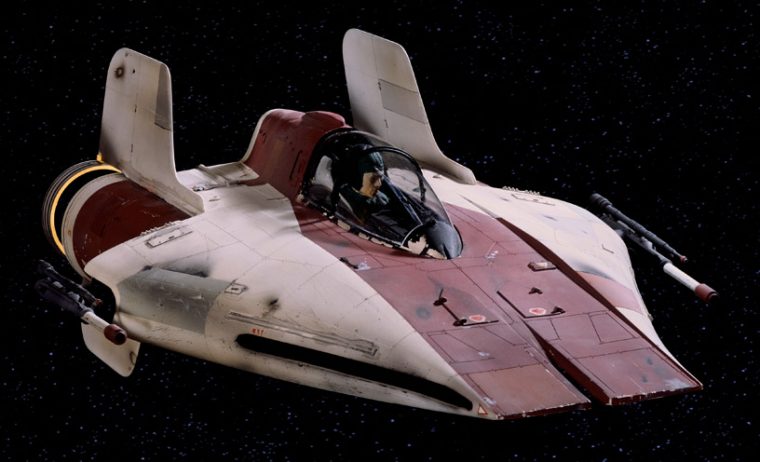 Easily the most aerodynamic of the spacecrafts used by the Rebels
Photo: Lucasfilm Ltd./ Disney

A traditional X-Wing was found to have a drag coefficient of 0.45. This makes the X-Wing, long considered to be one of the most agile of Star Wars vehicles, roughly as aerodynamic as a sphere, which is to say, not a lot.

It seems like newer iterations of the X-Wing from The Force Awakens and The Last Jedi are quite a bit more efficient than the traditional X-Wing. These vehicles have a drag coefficient of 0.24.

The most aerodynamic of the Rebel ships is easily the A-Wing. This smaller fighter was found to have a drag coefficient of 0.17. 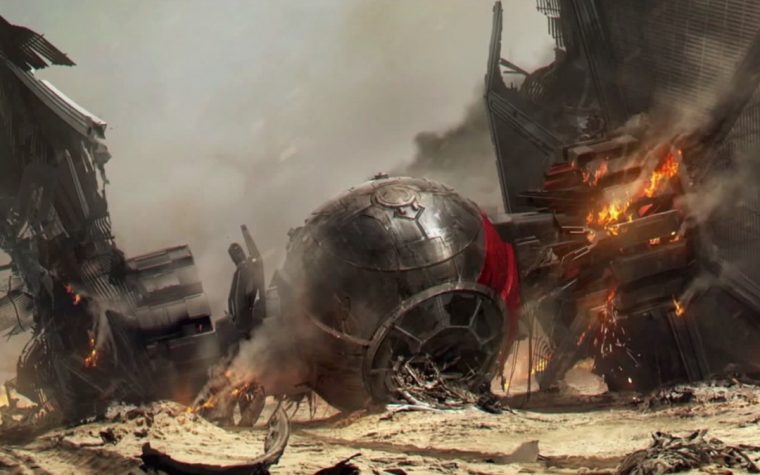 The most likely outcome when trying to pilot a TIE Fighter in the atmosphere
Photo: Lucasfilm Ltd./ Disney

Aerodynamics were way worse for the Empire. To nobody’s surprise, the traditional TIE Fighter is an aerodynamic disaster, with a drag coefficient of 0.98, making it roughly as aerodynamic as a cube. 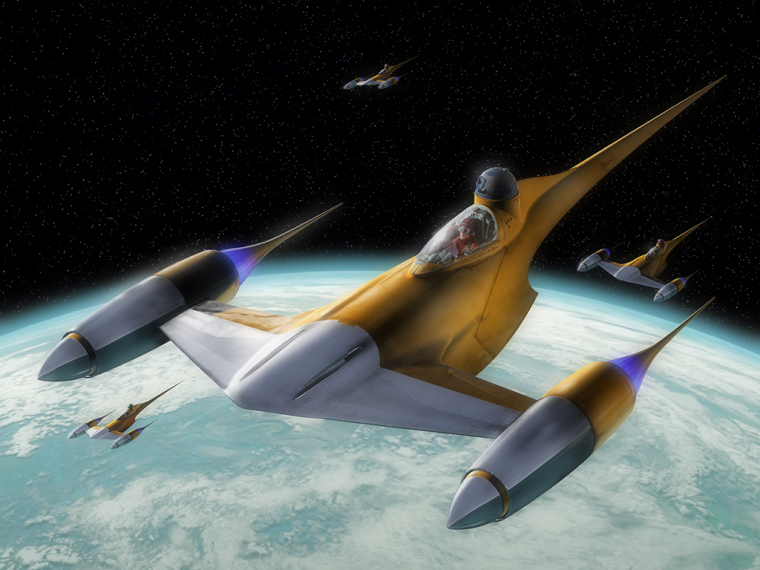 For the most efficient spacecraft in the major Star Wars mythos, look no further than the Naboo N-1 Starfighter. This vehicle was found to have a drag coefficient of 0.1.

To compare these results to a real-world aircraft, the F-4 Phantom II has a drag coefficient of 0.02. That plane was introduced to the skies in the 1960s, and most aircrafts have only become more aerodynamic since then.

Besides the fact that these vehicles are primarily built for space, why are their aerodynamics so awful? EC Henry hypothesizes that it is due to the abrupt aft ends of the vehicles featured in Star Wars.

You can watch his entire video below:

So, if the designers of Star Wars vehicles want to simulate the aerodynamics of real-world aircrafts, they have a lot of redesigning to do. On the other hand, maybe realistic physics aren’t likely to be found in a movie where people can do this: