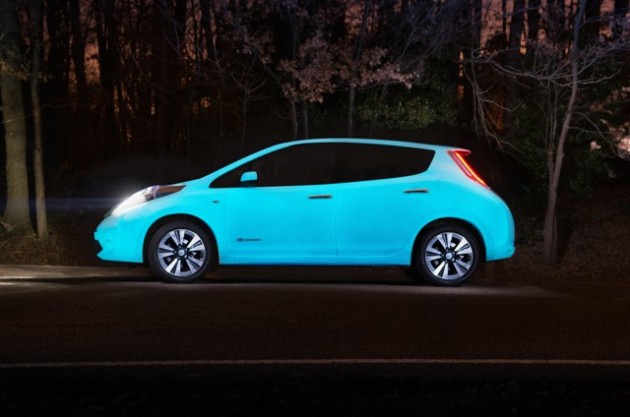 Nissan is getting pretty creative with the LEAF, which is proving itself to be a car that’s out of this world, perhaps literally, thanks to the automaker’s recent partnership with NASA. Nissan in Europe created this glow-in-the-dark Nissan LEAF to promote charging the vehicle with solar panels at home, but we think it kind of looks like an alien spacecraft. Cue conspiracy theories.

The glowing LEAF is the world’s first to come directly from the manufacturer. Nissan engineers developed the paint entirely from organic materials, including an ultra-rare substance called Strontium Aluminate. Nissan claims that the glowing paint would last for 25 years. 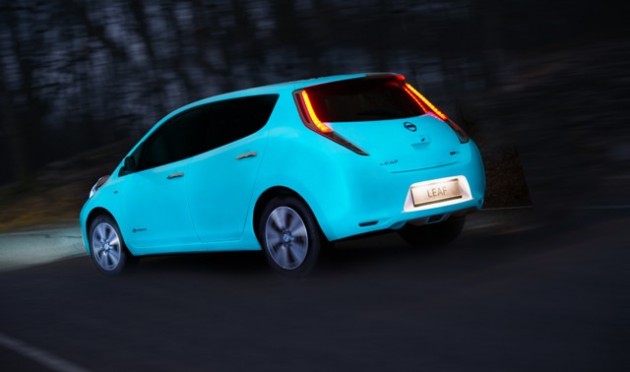 The paint was developed to promote charging the LEAF with solar panels at home, much like the sun charges the glowing paint during the day. This further reduces the carbon footprint of the Nissan LEAF by using a renewable energy source to generate its power. In the UK, any leftover power generated by home-installed solar panels is fed into the national power grid, which homeowners can receive income for. That means that LEAF owners in the UK could essentially drive the LEAF for free, at least on the five sunny days that they see every year.

Seeing this thing at night might freak people out, especially with the LEAF’s already alien looks. Add the silent hum of the electric motors and you’ve got a recipe for widespread Unidentified Driving Object reports.

This isn’t the first LEAF to get a crazy paint job; Nissan is also testing out a hydrophobic paint coating that never needs to be cleaned. This so-called “World’s Cleanest Car” is on display at the Chicago Auto Show as of this writing.