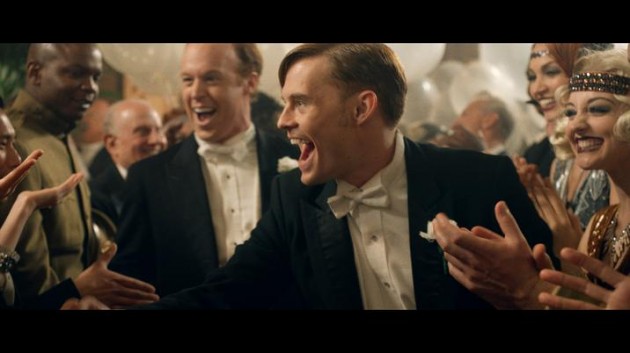 Have you seen those Dodge Brothers commercials, which show John and Horace Dodge partying and innovating their way through the early 1900s? Well then you, sir or madam, have been played for the proverbial fool.

An excellent piece in Consumerist has taken Dodge’s recent ad campaign to task for playing fast and loose with the facts. Take, for example, the “Ahead of Their Time” ad, which shows the brothers leaving the Ford Motor Company to set out on their own:

“By 1914, the Dodge Brothers quit the Ford Motor Company,” the narrator solemnly intones, as John and Horace carry a resignation letter into (presumably) the office of Henry Ford himself, prepared to tell him to take this job and shove it.

Such a dramatic resignation scene never happened, though, for the simple reason that the Dodge Brothers never worked for Ford.

The Dodge Brothers Company was a founded in 1900, and originally produced engine and chassis components for other companies, including Ford. In 1902, Henry Ford gave John and Horace a $5,000 interest in his company in exchange for 650 chassis. So the Dodge Brothers were investors in Ford, but never employees.

They did decide to graduate from producing car components to producing actual cars in 1914, leading to the introduction of the Dodge Model 30, a competitor of Ford’s Model T. That ticked off Henry Ford, who stopped paying dividends to John and Horace, who in turn sued Ford and were awarded $25 million by the courts.

In “John vs. Horace,” we see the two Dodge Brothers engaged in a playful sibling rivalry, racing each other in Dodge’s two most popular muscle cars—the Charger and Challenger. The impression created by the ad is that these two performance vehicles began as manifestations of the Dodge Brothers’ competitive spirit, and that spirit has guided the evolutions of both cars over the years.

In reality, John and Horace both died of influenza and pneumonia in 1920, decades before the Charger or Challenger debuted. Their widows sold the company to Dillon, Read & Co., who then sold it to Chrysler. Pretty much every Dodge vehicle you can think of debuted during the Chrysler era, long after the Dodge Brothers’ deaths—and yet, these commercials are predicated on the notion that, even though John and Horace have passed away, “their spirit lives on.”

But this idea that every single Dodge employee wears a WWJAHD? bracelet (What Would John and Horace Do?) is essentially just a marketing invention. John and Horace Dodge may have given their name to the Dodge brand, but the company’s “spirit” is something that’s been largely formed in the 95 years since their passing.