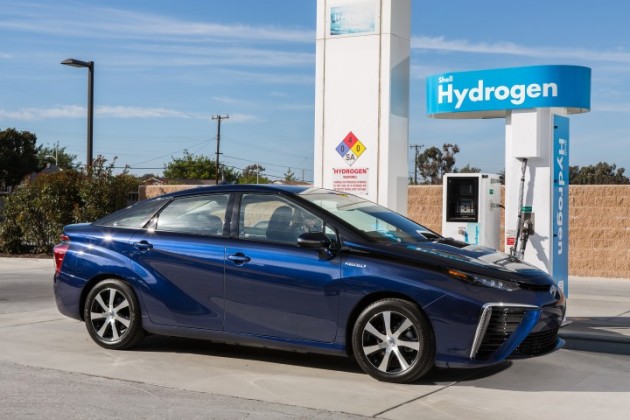 Building the Toyota Mirai was a big risk on the part of the Japanese automaker, given that the hydrogen refueling infrastructure was practically nonexistent when the sedan first became available in the United States, even though it was limited exclusively to California.

There’s already been plenty of progress on that front since the car launched, however, and now Toyota has announced a new partnership with Shell to help accelerate the process.

If California’s Energy Commission approves a proposed $16.4 million in grants, the two would set about toward building seven hydrogen refueling stations in the state. That’s in addition to the several dozen that have been built in 2016.

Back in October 2015, there were fewer than 12 hydrogen refueling stations in the entire state, but that number increased to 50 by the end of last year.

Seven more may seem like a small amount, but every little bit helps and exponentially increases a hydrogen fuel cell vehicle’s ability to get around the state without dealing with range anxiety.

Shell and Toyota are also both part of a new global “Hydrogen Council” that was formed last month along with several other automakers and major energy companies. Toyota and Shell see their current products being phased out in the long term (i.e. combustion-engine cars and gas, respectively) and are already beginning to diversify.

Currently, the economics around electric and hydrogen FCVs don’t make them too appealing for both manufacturers and customers. However, thanks to the efforts of Toyota and Shell, that is likely to change within the next several years.