Toyota Breaks World Record for Most Vehicles in a Hybrid Parade 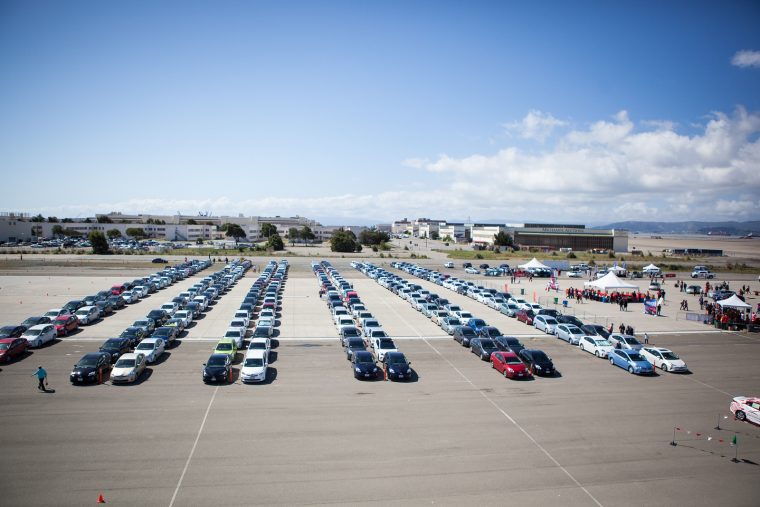 That’s a lot of Prii

How many Priuses (Prii) can you fit in a parade at Alameda Air Field? Nope, this is not a joke. The answer—332—helped Toyota break the Guinness World Record for the most vehicles in a hybrid parade over the weekend in California.

The new record coincided with Earth Day 2016 (sort of, since Earth Day was on Friday the 22nd and the parade was on the Saturday because The Man doesn’t believe in giving people the day off for Earth Day). Understandably, this was the perfect day to celebrate the numerous Prius owners in California by inviting them to help make history. The Golden State makes up around 40% of Toyota’s Prius sales in the US, with a concentration of Prii in Northern California in particular, where the record was set.

“The Bay Area is home to hundreds of thousands of proud Prius owners, and we wanted to pay homage to the Prius this Earth Day,” commented vice president and general manager for Toyota Motor Sales Pete Carey. “We wanted to celebrate this revolutionary vehicle and the folks behind the wheel who’ve always been our early-adopters, thinking bigger about their carbon footprint and environmental impact.”

Brand Envy: See why Toyota was named the Most Admired Automotive Brand