Added on October 8, 2014  The News Wheel  Toyota Entune is the least distracting 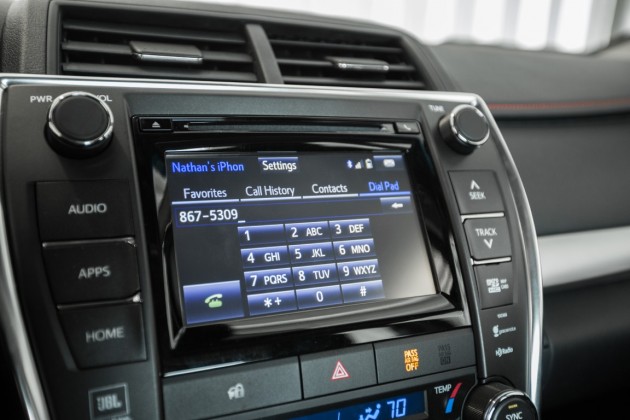 In-car technology is getting pretty complicated. In the last few years, interactive infotainment systems have become not just a luxury available to few, but a necessity affordable by everyone. But just how useful are these systems when it comes to simplifying our lives while on the road? With the ability to make phone calls, dictate text messages, or operate the radio simply by using your voice, you’d think that these systems would help drivers rather than hinder them, but a recent study by the AAA Foundation for Traffic Safety found that this is not always the case.

Toyota Entune is available in the redesigned 2015 Camry

So Toyota Entune is the least distracting system out there. But what makes it so? First of all, drivers found that Entune typically understood the driver’s command on the first try, and secondly, the system is more intuitive than its competitors. To put it simply, using Entune is less distracting to a driver than messing with a cellphone while on the road, whereas other automakers’ systems showed the opposite to be true. In fact, according to Peter Kissinger, president of the AAA Foundation, Toyota’s system was the only one tested to cause less distraction to the driver than making a call directly from a handheld phone.

Toyota Entune is available on all current Toyota models, either as a standard feature or as an optional extra.