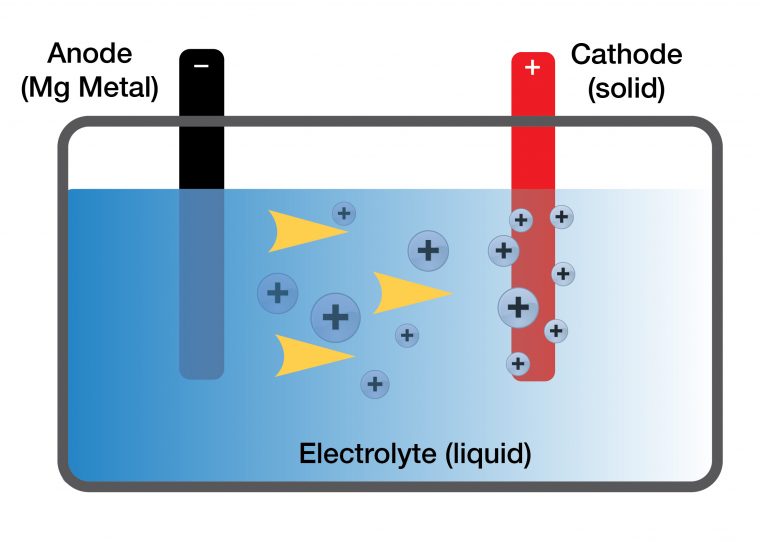 I did not pay attention to 10th grade science, but there’s a handy video at the bottom of this article that can probably help explain what you’re looking at

Toyota scientists have quite possibly made a major breakthrough in the world of electric cars, cell phones, and pretty much anything else that runs on batteries. Currently, our electric vehicles run on lithium-ion batteries, but because lithium metal is naturally unstable (and can ignite if exposed to air, which, if you’ve noticed, there is a lot of here on Earth), scientists must actually manipulate the metal before using it for batteries.

To keep our lithium-ion batteries from combusting on the spot, ions are actually removed from the metal and embedded into graphite rods. While this process keeps our cars and phones from exploding, it does severely restrict the amount of power that a battery can store—and means you have to continue to pester your coworker for an iPhone charger halfway through the day, because you’re too cheap to buy a second to keep at work, Tim.

Enter magnesium, the element that could revolutionize the battery game. Unlike lithium, magnesium is not unstable when exposed to air and can store significantly more energy. The only problem? We haven’t been able to do much research into magnesium-based batteries because, as Toyota explains, “a magnesium-friendly electrolyte did not exist.” 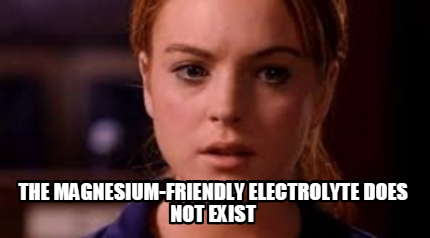 Until now, that is. That’s where Rana Mohtadi, Toyota principal scientist and chemical engineer, comes in. (See Rana talk about her discover in a short video.) Rana had been working with hydrogen storage materials to improve the future of hydrogen fuel cell technology. During this research, she overheard a few coworkers talking about developing this magical electrolyte for a magnesium battery. (Thank god for eavesdroppers, amirite?) When Rana overheard these other researchers talking, she realized that a hydrogen storage material she’d been researching might solve the problem—and she was right.

“We were able to take a material that was only used in hydrogen storage and we made it practical and very competitive for magnesium battery chemistry,” said Rana. “It was exciting.”

But don’t get too excited. The world of research can be a slow-paced one. Toyota offers this caveat: “While it’s easy to get caught up in the potential of a dramatically improved battery, it could take 20 years of research and development before magnesium batteries reach the consumer market.” Toyota hopes to move the process along as quickly as possible by sharing this discovery with other scientists, perhaps even competing automakers. Doing so will potentially get these batteries in our cars, cell phones, and other devices as quickly and safely as possible.

Side note: Other researchers are currently looking into zinc manganese batteries as an alternative to lithium-ion.