Updates for the 2015 Chevy Traverse Announced 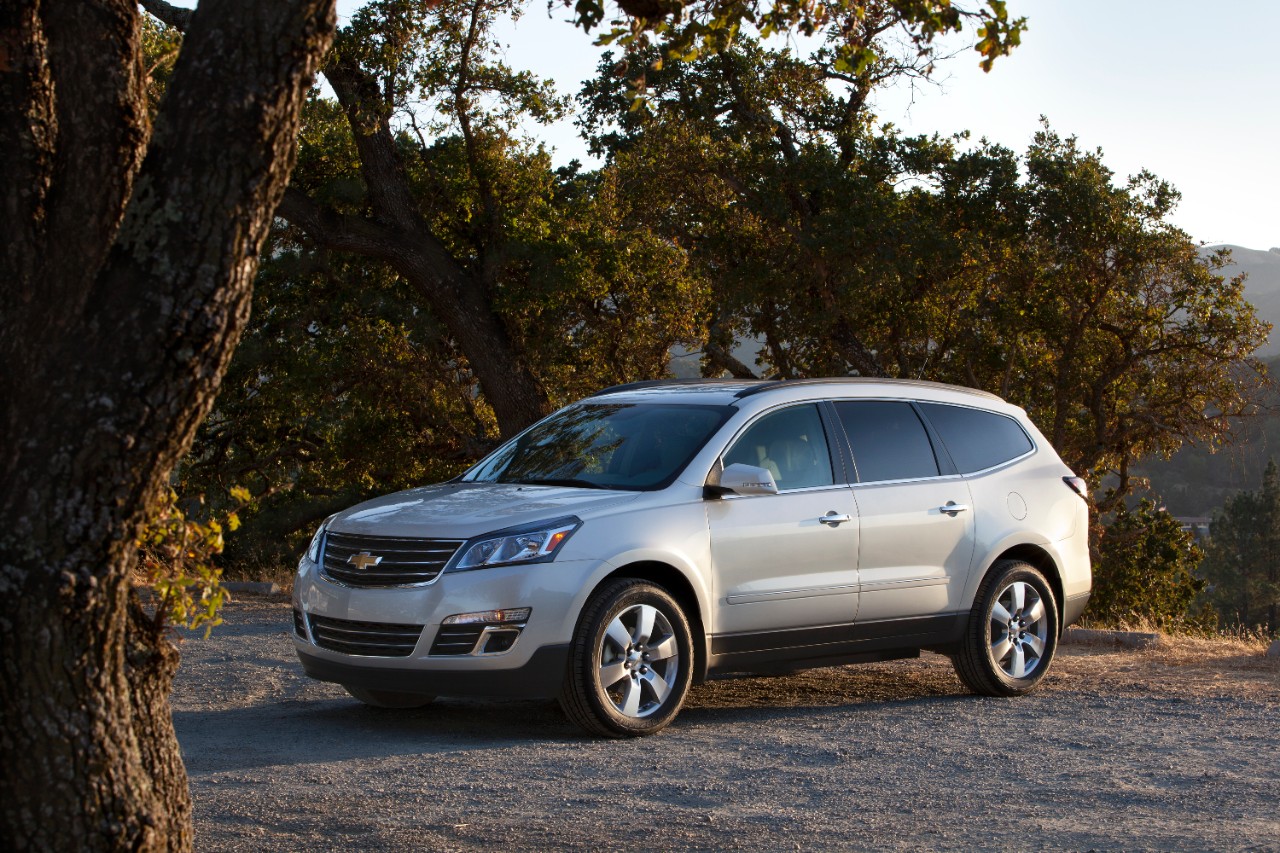 We’ll only see minor updates for the 2015 Chevy Traverse, but they’re worth noting. For starters, Chevy is throwing out three exterior colors: Atlantis Blue Metallic, Crystal Red Tintcoat, and Cyber Gray Metallic. In their place, the Bowtie Brand is bringing in three new hues, to include Blue Velvet metallic, Sable Metallic, and Siren Red Tintcoat.

Those aren’t the only color updates for the 2015 Chevy Traverse, however. The crossover also gets an Ebony/Saddle Up interior color combination, to replace the outgoing Ebony/Mojave.

In addition, the Chevy Traverse will get machined 18” wheels (to replace the aluminum wheels).

Absent on the Traverse (just like other Lambda-based crossovers, like the Buick Enclave and the GMC Arcadia) is OnStar 4G LTE. The model does, however, gain Siri Eyes Free.

Deleted from the 2015 Traverse are the integrated spotter blind-zone mirrors, HD radio, and the accessory entertainment package.