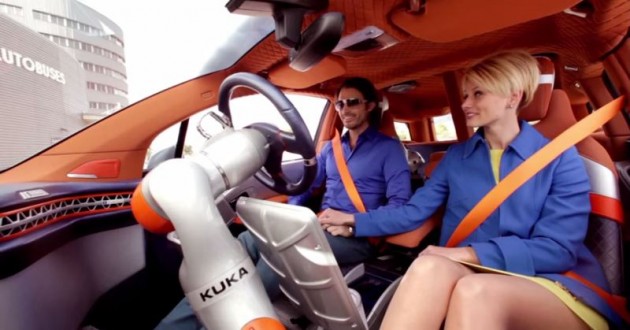 A look inside the bright orange interior of Budii
Photo: Rinspeed via YouTube

We’ve all heard that self-driving cars are the future of the auto industry and while most of us wouldn’t disagree with that prediction, the prototypes we’ve seen thus far haven’t convinced us the idea is currently feasible. That’s why Swiss tuner, Rinspeed, is on a mission to change people’s perspectives on driverless cars.

Rinspeed has created a concept vehicle that’s autonomous in as many ways as possible–not just by following a programmed route. Rather, the tuning company’s “friend on wheels”–named Budii–can perform a whole range of connected functions. Watch a video of Budii’s highlights below. 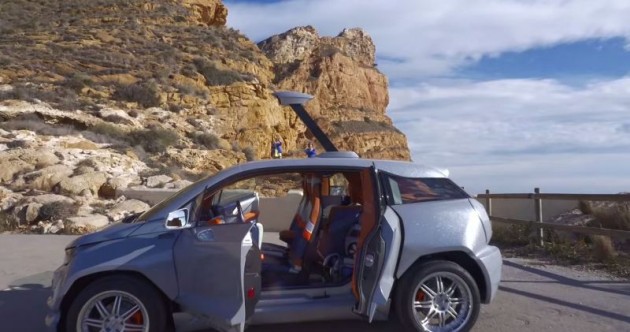 Being a tuning crew, Rinspeed didn’t build Budii from the ground up, mind you. The company took the already-innovative BMW i3 electric vehicle and gave it a boost–far beyond its self-parking valet options already seen at CES. Because of its basis on a pre-existing model, your opinion of Budii’s exterior design will largely depend on if you’re a fan of the BMW i3.

Inside the vehicle is where Budii impresses. A large center console display streamlines all activities through its system–from charging/syncing wireless devices to height-adjusting suspension, two mini-vehicles stored in the trunk, and even controlling appliances at home (like running the bath water or air conditioning). Budii can even make suggestions for places to eat and place orders for you. 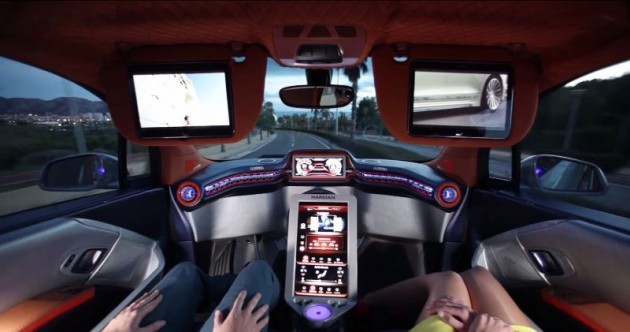 Most of these functions can be done with the press of a button or a vocal command (including touching the car to enter it rather than using a door handle). Owners can also control functions remotely using a special wristwatch.

A self-driving sensor atop the car can adjust in length to scan the road ahead and communicate with nearby vehicles. If a passenger ever wants control via active driving, either passenger can grab the steering wheel, which is mounted to an oscillating arm to switch between seats. 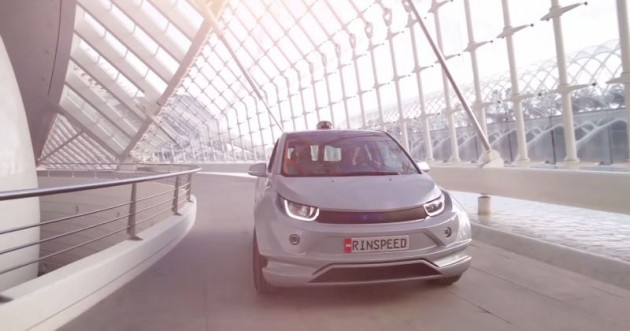 “Autonomous driving undoubtedly offers the opportunity to drastically diminish some of the drawbacks of private transport; for example, the number of traffic accidents could drop worldwide,” Rinspeed founder, Frank Rinderknecht, said in a statement. “The transition from traditional to autonomous driving will take place in stages; consequently, man and machine will still have a few years left to get used to this new form of mobility and the different interplay between people and technology it will entail.”

Attendees to this year’s Geneva Motor Show in March will get to see Rinspeed’s autonomous creation in person. If you’re not able to make the auto show, here’s a video about Budii: