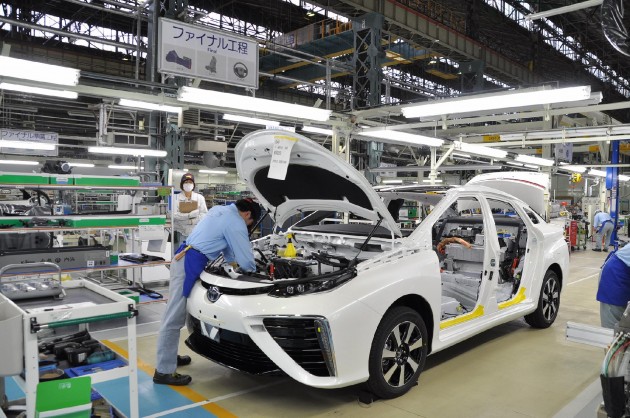 Ever wondered how the Toyota Mirai fuel cell vehicle is made? If so, we’re about to make you extremely happy, because Toyota has released a series of videos showing the making of the Mirai in its various stages, from parts selection to vehicle trim, fuel cell system assembly, and quality control and inspection.

The Mirai, which is currently on sale in Japan and will be available in the US later this year, is produced at Toyota’s Motomachi Plant in Toyota City, Japan. This plant first began operations in 1959, and has built a number of notable vehicles over the years, including the Corona, Supra, RAV4, and the Lexus LFA supercar. The Mirai is now produced where the LFA was built until just over two years ago.

The Mirai is hand-built by a team of 13 workers, who build these vehicles at a rate of three units per day. The production process, unlike that of most modern cars, uses no conveyor belts or robots—just the painstaking skills of human workers. Toyota has a sales target in Japan of 400 vehicles over a 12-month period, and in the US of 3,000 sold by the end of 2017.

Check out the full series of videos to see how this groundbreaking car is made.