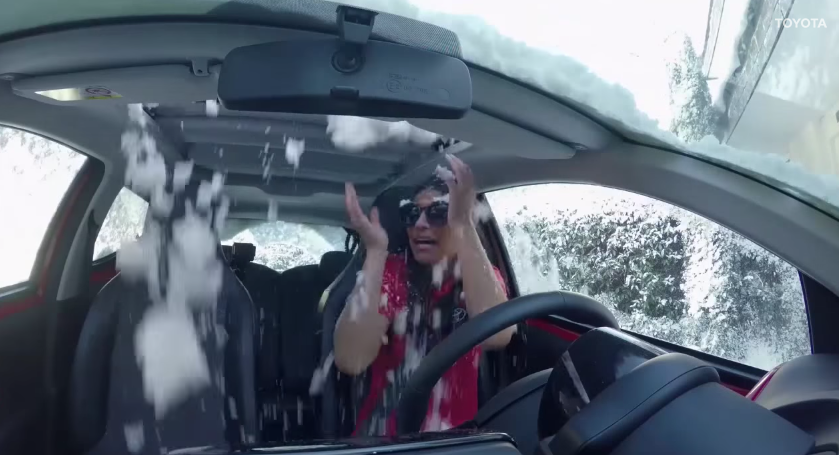 That’ll learn ya to predict sun!

The Toyota Aygo is at it again. After releasing a commercial a few months back featuring the tiny Europe-only hatchback lifting its rear wheel and peeing on various things, Toyota has released a new Aygo commercial that’s certain to resonate with every human being who has ever cussed out a weatherman for predicting the weather incorrectly (so, pretty much all the humans).

Toyota picked three weather forecasters to participate in the experiment. Each forecaster was given a brand-new Toyota Aygo to drive around for a month—but these were no ordinary Aygos. These cars had been rigged so that the sunroof would automatically open on the days that sun was predicted, and stay closed on days the meteorologists expected rain. Additionally, the three were given two outfits to wear when driving—one for sun, and one for rain. As you can imagine, things didn’t exactly go according to plan for the three weather forecasters. Watch the video to see for yourself.