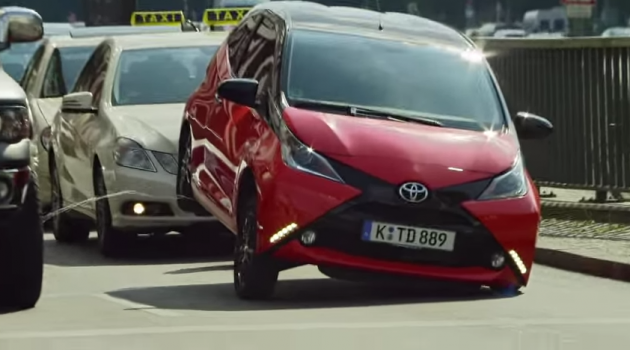 Toyota is known for its weird commercials across the globe. From the strange “Jungle Wakudoki” commercial created by Toyota Asia Pacific to the recent “The Musical City” by Toyota Europe, one thing’s for sure—whoever is in charge of Toyota’s global advertising certainly has a sense of humor. [ Watch the commercial below ]

The Toyota Aygo, a subcompact hatchback sold in Europe and Asia, was redesigned for the 2014 model year, and since then, Toyota’s been having some extra fun with its advertising campaigns. Back in June, Toyota teamed up with Rahat, an internet prankster who dressed up as a car seat to make it look like the Aygo was driving itself. In the latest Aygo commercial, the car marks its territory along its route by lifting its rear wheel and peeing on other cars. If that weren’t horrific enough, at the end the Aygo goes to pee on a dog and scares the living bejesus out of the poor thing.

The commercial, which was created by Toyota Deutschland, appeared a couple of days ago and has been fairly well-received as a funny, cutest take on a fun-to-drive city car. After all, when some d-bag steals the Aygo’s parking spot, the hatchback gets its revenge by peeing all over the offending car. And who hasn’t wanted to pee on some idiot driver from time to time? 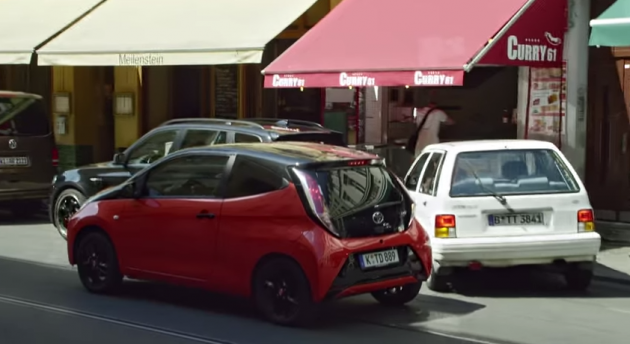 This guy stole the Aygo’s parking spot. He will pay with pee.

The Toyota Aygo’s tagline is “Go Fun Yourself.” And what’s more fun than a car that pees on things?

Watch the Toyota Aygo peeing commercial below. Would this make you want to own this car?