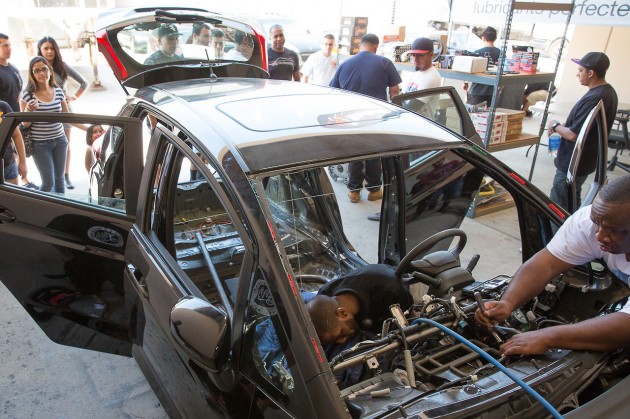 For the past five weeks now, six build teams have been customizing their own 2015 Honda Fits as part of the 2015 Honda Fit SEMA Project. The automaker has been following their progress and posting photos and gifs to its Tumblr account, with the hashtag #ProjectFit. Until the polls close on October 22, 2014, you can vote for your favorite customized Fit by liking or reblogging the photos, videos, and gifs that each team has been uploading to hondaloves.tumblr.com. Whichever customized Fit the people of Tumblr like the best (i.e., whichever one is decorated with the most photos of Benedict Cumberbatch) will be announced and crowned victorious at the 2014 SEMA show in Las Vegas on November 4, 2014. 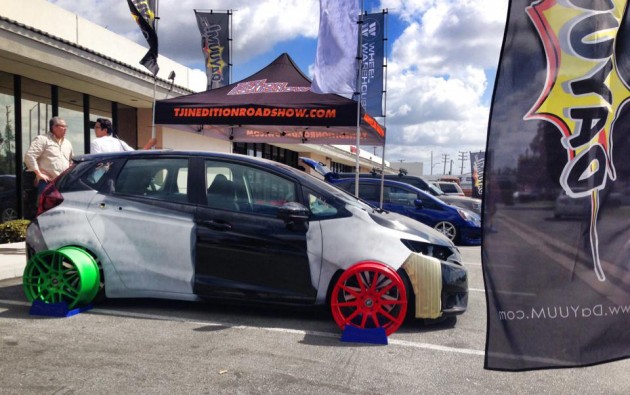 The Tjin Edition’s customized 2015 Honda Fit: A work in progress

But even if you don’t plan on exercising your inalienable right to reblog crap on Tumblr, you should check out some of the cool images of the customization being done by the six build teams: Bisimoto Engineering, Kontrabrands, MAD Industries, Spoon Sports USA, Tjin Edition, and the award-winning Kenny Vinces. Even lazy non-voters like us enjoyed seeing the new wheels and custom paint jobs that the teams are modding their Fits with. According to Honda, competitors are also installing suspension and audio upgrades, body kits, and more.

In addition to Tumblr, Honda is also spreading #ProjectFit on its Facebook page and Twitter profile, which thankfully has finally stopped tweeting those awful #Cheerance memes. The brand is also promoting the 2015 Honda Fit SEMA Project at automobiles.honda.com.