Want to Own a Mirai? Make Sure You Meet These Criteria 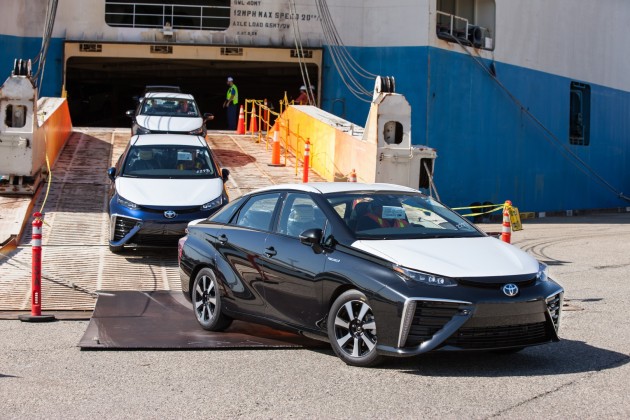 The Toyota Mirai arrives in the US

Starting next Monday, July 20th, drivers in California will be able to request ownership of the soon-to-be-released 2016 Toyota Mirai. You might assume that if you’re one of the many who request this vehicle, you’re pretty much guaranteed eventual ownership, but you would be wrong. Toyota requires future Mirai owners to meet specific criteria and to go through a selective screening process before giving them the green light for ownership.

According to Toyota’s Mirai microsite, if you’re planning on “garaging” your Mirai outside of the Golden State, or far away from a refueling station, you’re out of luck at this point. If you’re lucky enough to live close to a refueling station, you will be considered only after you fill out an application and complete a phone interview with a representative from Toyota. Nope, this isn’t a job interview—this is the chance to be approved to spend a base price of $57,500, plus taxes, title, license, and optional equipment. Bear in mind that the vehicle is also eligible for a California state rebate of $5,000.

Of course, there are perks that come with being a Mirai owner. Toyota will cover three years’ or 15,000 miles worth of fuel costs, whichever comes first. Key fuel cell components are covered by an 8-year/100,000-mile warranty. The Mirai has a range of 312 miles and yields an EPA-estimated 67 MPGe city/highway/combined. Toyota hopes to sell at least 3,000 units by the end of 2017.

The Mirai comes with plenty of standard features, like noise-reducing glass, eight-way power-heated Softex front seats and heated rear seats, a heated multi-function steering wheel, and a premium audio system. In early 2016, you’ll be able to order a Mirai with the Power On-Demand configuration, which allows the vehicle to act as a mobile generator to power a variety of electronic devices, or even an entire home. Additionally, owning a Mirai will allow you to obtain an HOV sticker to bypass that annoying California traffic and get to your destination quicker.

The Mirai should start being delivered this October, so if you live in Cali, be on the lookout for it on the roads this fall.