[WATCH] The Subaru Dog Commercials Are Too Cute for Words

But I’ll try to write some anyway 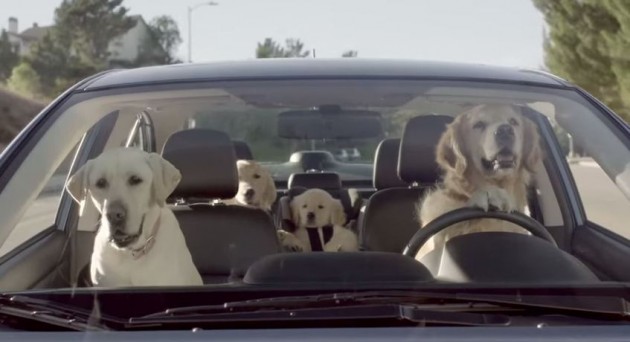 The Barkleys, from the series of Subaru dog commercials

Last year, Subaru launched an ad campaign centered on a type of family that is vastly underrepresented in the media: dog families, of course. These Subaru dog commercials focus on a family of dogs named the Barkleys as they drive around town in their Subarus (they own quite a few) and get into various hijinks. (Watch the videos below.)

It doesn’t come as a shock that Subaru chose to show off its impressive lineup with a family of dogs and the tagline “Dog Tested. Dog Approved.” The automaker has always had a soft spot for animals both domestic and wild. Subaru of Indiana Automotive was the first assembly plant to earn a designation as a Backyard Wildlife Habitat by the National Wildlife Federation, and the brand has donated millions to the ASPCA through its “Share the Love” program. Subaru even sponsors a yearly event here in Dayton (where we’re headquartered) called the Midwest Outdoor Experience, where outdoorsy folk from the area come and do outdoorsy things with their dogs. So many dogs.

But you didn’t come here to read about all of that. You came here to watch dogs. Specifically, dogs driving cars like dogs do best. So, without further ado, the Subaru dog commercials that are so cute they just might break the internet:

In this ad, the Barkleys all get worked up over a mail truck. Why? Because mail carriers are the enemy, that’s why.

This ad is incredibly relatable to those of us who just want to floor it, but can’t because we’re stuck behind a Shepherd mix who just won’t give it some gas. (Okay, maybe the last part isn’t as relatable.)

Possibly the funniest of the bunch, two teenage dogs sit in front of one of their parents’ house, vigorously making out licking face until they realize they are being watched by a stern parent.

Because we’ve all stopped to pee at a gas station at some point in our lives.

In this ad, the daddy dog looks just a little too long at a poodle crossing the street…and mommy dog is not too happy about it.

Best Resale Available: Learn why Subaru has the best resale value out of all the carmakers