Why Does the Hyundai Veloster Have Three Doors? 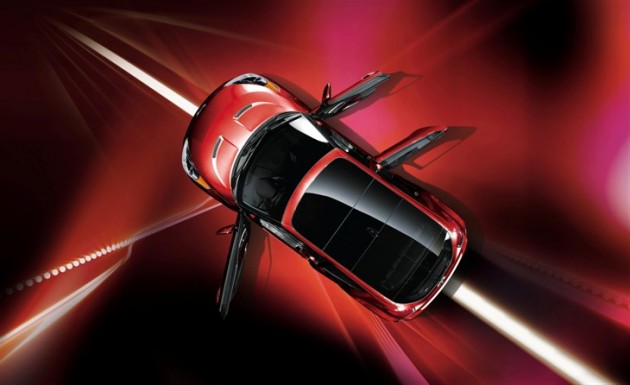 Hyundai’s lineup consists of stylish and practical but relatively conventional models — except for one member that is the fun-loving oddball: the Veloster. This sporty three-door coupe divides fans and critics, particularly over one defining characteristic: its asymmetrical design. It’s the most commonly asked question about the Veloster, but it’s one few people have an answer for: Why does the Hyundai Veloster have three doors?

A Big-Screen Superhero: The next-gen Veloster’s appearance in Ant Man & the Wasp

If you’ve wondered why the Hyundai Veloster has three doors, here is the answer 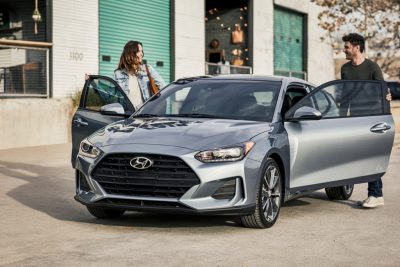 It may surprise you that Hyundai has not come forward with an official, bottom-line reason why it designed the Veloster with three doors. True, the automaker is proud of this design and has highlighted it in its marketing for the Veloster. And, the design remains in the recent new-generation redesign. But, the official reason for its asymmetrical body is a mystery.

Thus, it’s up to engineers and drivers to speculate, and these are their two primary conclusions:

Essentially, the Veloster is a compromise between the spirit of a coupe and the practicality of a hatchback.

Most likely, Veloster owners won’t be transporting four people, so a driver’s-side back door would rarely get used. Thus, by only putting a rear door on one side, the Veloster becomes a half-coupe/half-hatchback: better access to the back row than a coupe without detracting from the driver’s daily experience.

The Veloster is a great example of rethinking assumed standards and offering an alternative that might seem strange but, upon further consideration, is pretty clever.

The Future of Hyundai: What big changes are in store for the Korean automaker’s lineup?