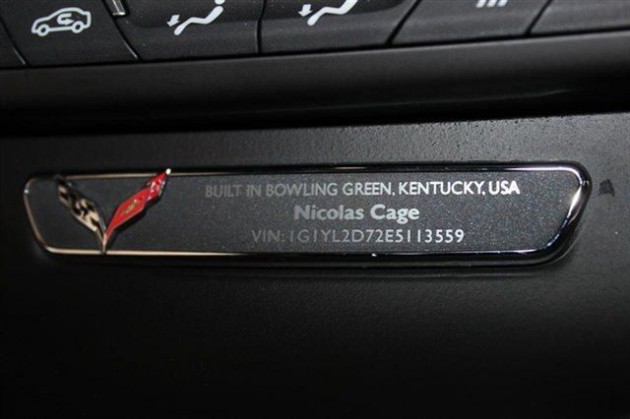 Have you ever wanted to own Nicolas Cage’s car? Of course you have and it was stupid of us to even ask. Well, now’s your chance.

An image (above) showing the NCM plaque on the Nicolas Cage custom 2014 Corvette Stingray Z51 3LT that was displayed in Las Vegas last year at the 2014 SEMA Show has recently gone viral online. Using the VIN, some redditors did a little research and discovered that, unlike Cage, the vehicle hasn’t succeeded in leaving Las Vegas—as a matter of fact, it seems to be taking an extended honeymoon in Vegas.

That’s right, Nicolas Cage’s Corvette is currently on sale at Sin City’s own Towbin Motor Cars, and can be yours for the price of $77,900. 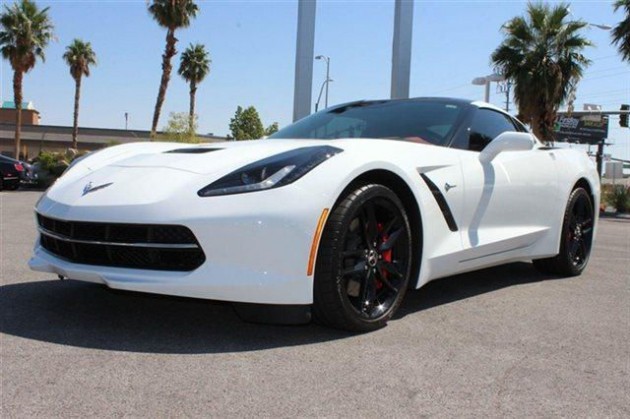 The Stingray coupe features an Arctic White paint job and an Adrenaline Red leather interior, and is equipped with a 6.2-liter V8 that yields 455 horsepower at 6,000 RPM. Plus, it’s got special edition LOMA wheels that say “Nicolas Cage” on them. Now that’s class. 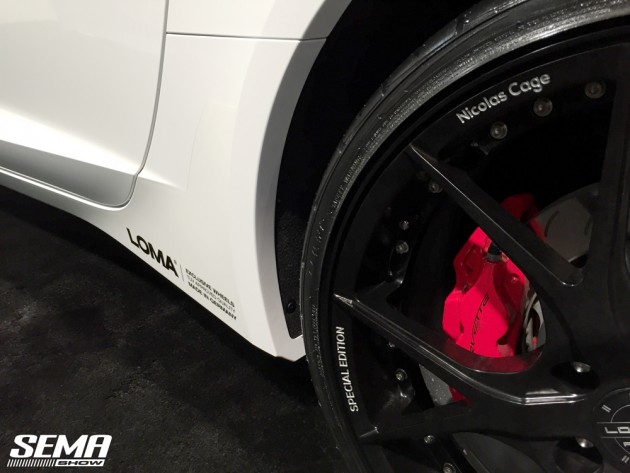 This is how Nic Cage rolls
Photo Source: LOMA Wheels 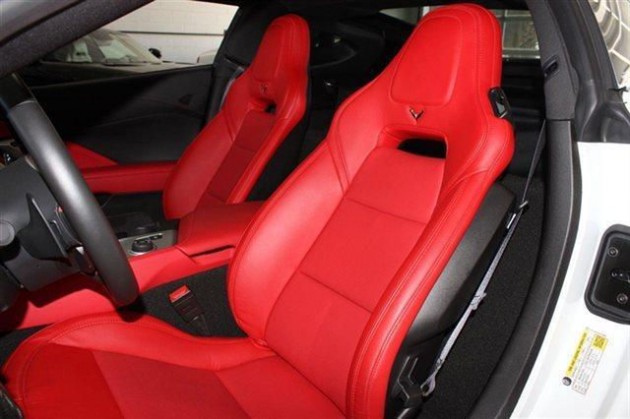 Get in the Cage: the Corvette’s Adrenaline Red leather interior

Apparently, the Cage only drove his Corvette for 816 (angry) miles before parting ways with it, so you’re getting a practically new Z51 (and one that was named one of the Top 10 Corvettes at the 2014 SEMA Show).

In terms of cars that were once owned by celebrities, a Nic Cage Corvette is even cooler than a Jon Voight Chrysler Le Baron.

If you’d like to own this historic Vette, you’d better act fast. This car could be taken within the minute. Or stolen. Or have its face ripped off and put on John Travolta’s face.