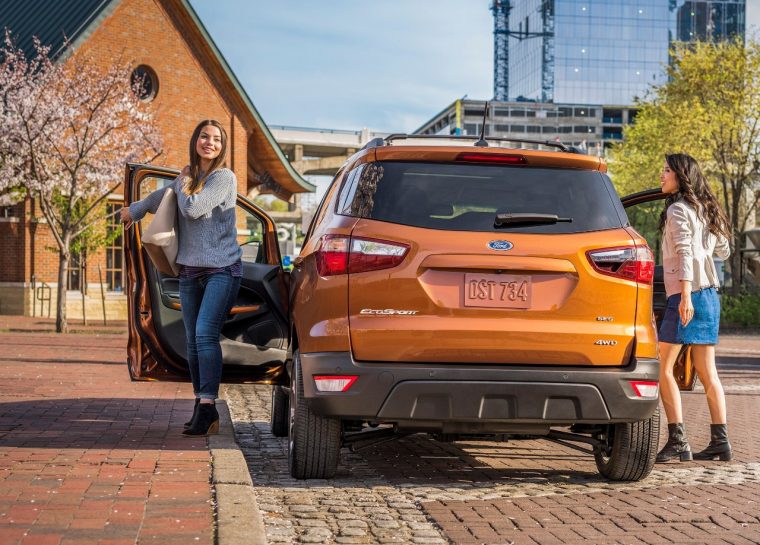 Ford has caught a fair amount of guff lately for its decision to yank every sedan from its lineup in the United States within the next year in favor of more crossovers, SUVs, and trucks. Some argue that it’s a reactionary response to dwindling car sales that will ultimately push out traditional sedan buyers or those unable to afford the higher price point a crossover typically carries. But if there’s one thing Ford loves more than selling crossovers and SUVs, it’s validating its increasing focus on these segments with DATA.

According to a 2016 Autotrader/Kelley Blue Book study, 92% of Generation Z—which makes up about 25% of the population and is rapidly becoming of the age to begin driving—intends to purchase a vehicle instead of relying on ride-sharing or other means of transportation. Subcompact SUVs are exceedingly popular with that set, more so than subcompact cars—more than 11% of 18- to 24-year-olds who purchased an SUV in 2017 opted for a subcompact, which was up from 2% of 18- to 24-year-olds in 2012. 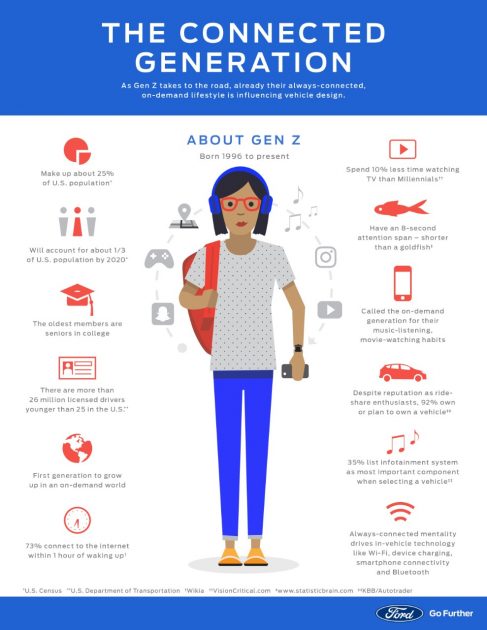 Ford also backed this up with the graphic of a typical member of Gen Z you see above—basically, a hipster type. This profile suggests that this generation has an 8-second attention span, demand connectivity to the internet, and value vehicles with infotainment system. This, Ford posits, makes the EcoSport an ideal choice for young drivers. Note the lack of anything about how cooool sedans are? That’s why you can probably start blaming these kids for the death of Ford sedans. Also, the millennials, too, because why not blame them for something else while we’re at it?

Ford quotes 19-year-old Kelly Oswald, one of the first to get an EcoSport in the United States, as having been surprised about the affordability of the EcoSport. There’s also the fact that the EcoSport is offered with in-vehicle Wi-Fi, an 8-inch touch screen display, and various other Gen-Z-friendly amenities. It’s the radical choice. The tubular choice. The cowabunga choice.

“To Gen Z buyers, connectivity is everything,” said Karen Sullivan, Ford EcoSport brand marketing manager. “Their car serves as an extension of their phone and their home, and we’re seeing an exciting response from these young customers to our all-new EcoSport.”

They Probably Like Trucks, Too: F-150 Power Stroke should be a hit with best-in-class fuel economy