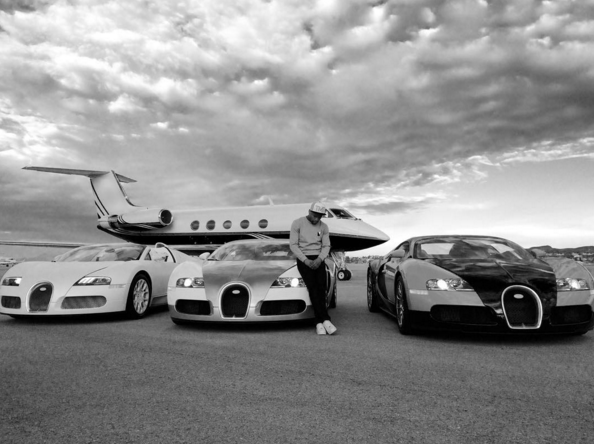 Many people are fascinated by the extravagant lifestyles of celebrities, with particular interest paid to the types of vehicles they drive. Celebrity car collectors such as Jay Leno and Jerry Seinfeld have taken their interest in cars and have turned that passion for automotives into unique TV shows, but that isn’t enough for a lot of people, as they still surf the web looking for what their favorite celebs are wearing, eating, and driving. With that being said, here is our list of the ten best celebrity vehicles of 2015: 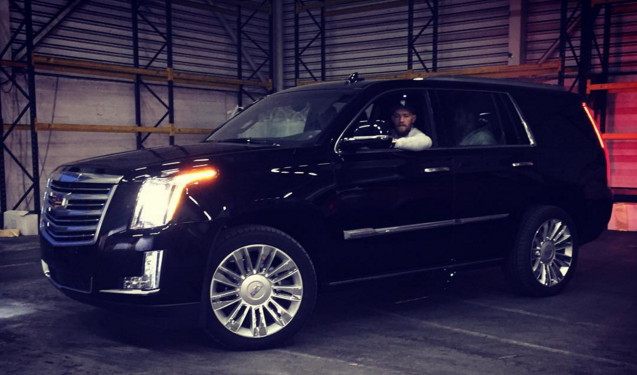 In 2015, Conor McGregor became one of the biggest stars in the history of the UFC when he defeated José Aldo for the undisputed UFC Featherweight Championship on December 12th in Las Vegas. To match his larger-than-life persona, McGregor decided to purchase a 2016 Cadillac Escalade and he shared a photo of the SUV via his official Instagram account. The 2016 Cadillac Escalade features a 6.2-liter V8 engine and eight-speed automatic transmission, which work together to create 420 horsepower and 460 lb-ft of torque. 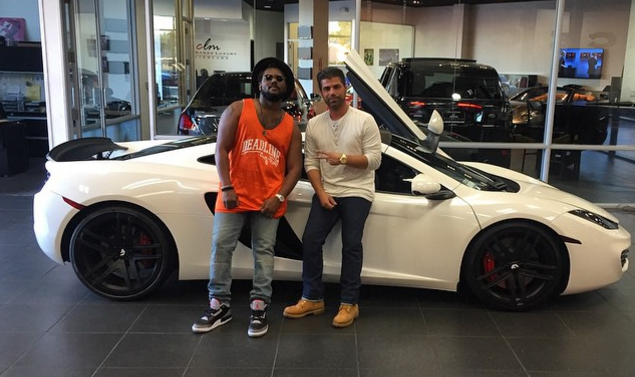 Rapper Schoolboy Q purchased this McLaren 12C as a birthday present for himself
Photo: clm91302

While California rapper Schoolboy Q might not have released much new music in 2015, that didn’t stop the 29-year-old rap artist from purchasing a fancy McLaren 12C for his birthday. When this vehicle was initially released, it featured a price tag of $241,900. In addition, the McLaren 12C is equipped with a mid-mounted 3.8-liter twin-turbo V8 engine and seven-speed dual-clutch automatic transmission, which produces 614 horsepower and 443 lb-ft of torque. The McLaren 12C can rocket from 0 to 60 mph in only 2.9 seconds and it has a top speed of 204 mph. 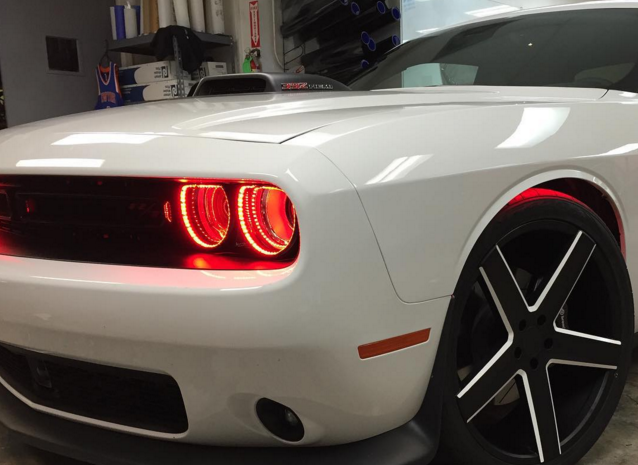 NBA legend Shaquille O’Neal recently shared this Instagram picture of his 2016 Dodge Challenger Hellcat. While we’re not exactly sure how Shaq’s 7-foot 1-inch frame is able to fit into the muscle car, we do know the new Challenger Hellcat packs a powerful 6.2-liter HEMI V8 engine good for 707 horsepower and 650 lb-ft of torque. Furthermore, the 2016 Challenger Hellcat can produce a top speed of more than 200 mph. 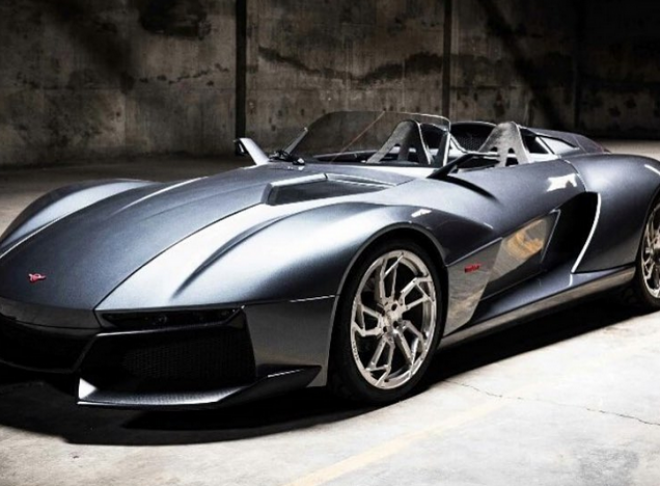 Pop singer Chris Brown reportedly dished out $165,000 for his Rezvani Beast, which is built entirely from carbon fiber and only weighs 1,650 pounds. Additionally, this RWD luxury ride includes a 2.4-liter four-cylinder engine, which uses a supercharger and turbocharger to create approximately 500 horsepower. Rezvani Motors estimates this car can accelerate from 0 to 60 mph in just 2.7 seconds. 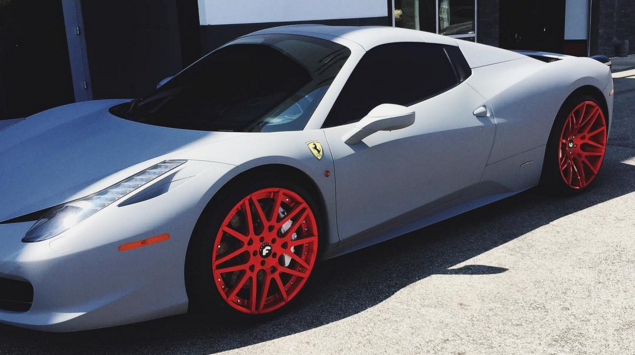 Keeping Up with the Kardashians star Kylie Jenner reportedly received this Ferrari 458 Spider as a gift from her old boyfriend and she quickly added red Forgiato rims and a custom paint job to the vehicle. In addition, the Ferrari 458 Spider features a V8 engine good for 562 horsepower, and can propel itself from 0 to 60 mph in only 3 seconds. 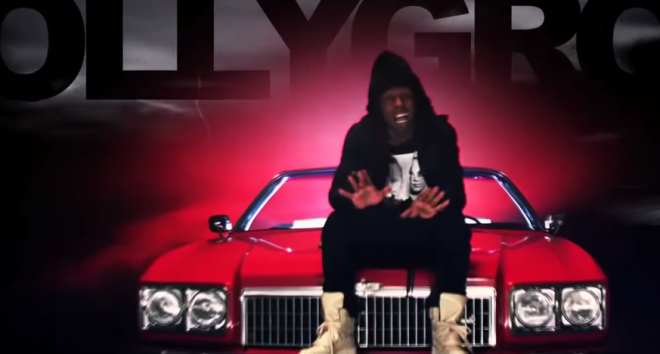 Lil Wayne showed off his 1975 Caprice Classic in the “Hollyweezy” video
Photo: YouTube

When New Orleans rapper Lil Wayne released the official music video for his song “Hollyweezy,” many web sites mistakenly referred to the car that he was sitting on as a Cadillac Eldorado, but upon closer inspection, it’s clear the vehicle is a 1975 Chevrolet Caprice Classic. There’s no way to determine the top speed of the 1975 Caprice Classic because back then speedometers only went up to 100 mph, but the 1975 Caprice Classic did feature a  V8 Turbo Hydra-Matic engine, which provided up to 215 horsepower and 350 lb-ft of torque. 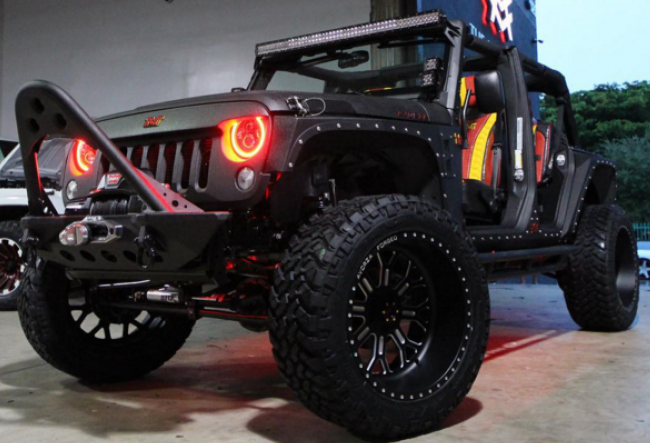 Retired boxer Floyd Mayweather might have suffered a setback in August, when a trailer carrying four of his vehicles mysteriously caught fire, but the undefeated champion recovered quickly by commissioning the Auto Firm in Miami to create this custom Jeep Wrangler. Mayweather’s custom Jeep is equipped with steel bumpers, large black wheels, fender flares, a winch, and more than one hundred rivets all through the body. 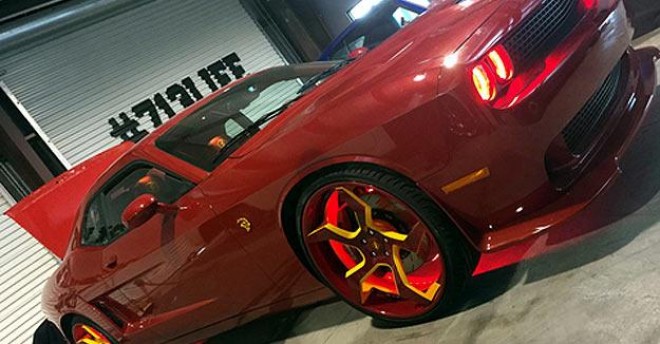 NBA player Dwight Howard used to call himself “Superman” when he played with the Orlando Magic. During that time he wore the team’s blue and white jerseys, but when Howard left the Magic and signed with the Houston Rockets, he felt the need to change his nickname to “Flash” because the Rockets’ jerseys were mainly red. In an effort to promote the name change, Howard gave his 2015 Dodge Challenger Hellcat a custom “Flash” makeover, which included a superhero themed steering wheel, “Flash” logos all over the vehicle, a custom paint job, and a lighting system that shined the “Flash” logo whenever he opened the door. 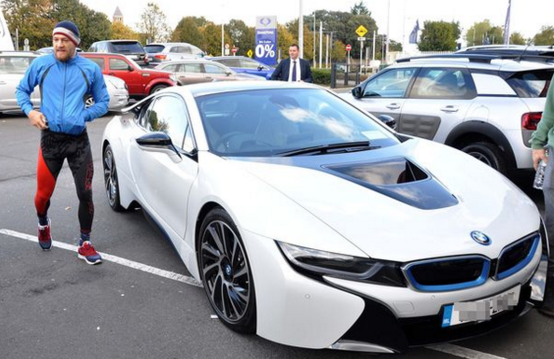 Many people consider Conor McGregor’s BMW i8 to be a machine of pure beauty
Photo: thenotoriousmma

UFC fighter Conor McGregor has treated himself to several new luxury vehicles this year, including a BMW i8. The i8 is a hybrid vehicle, which utilizes a 1.5-liter three-cylinder engine and two additional electric motors to create a remarkable 357 horsepower and a top speed of 155 mph. Furthermore, the BMW i8 can accelerate from 0 to 60 mph in only 3.6 seconds.

Floyd Mayweather reportedly spent $3.5 million on his Bugatti Veyron, which was enough to put him at the top spot of our list. The Veyron comes equipped with an 8.0-liter W16 engine that produces more than 1,100 horsepower. In addition, the Veyron is capable of a top speed of more than 250 mph and the vehicle is also made out of carbon fiber.