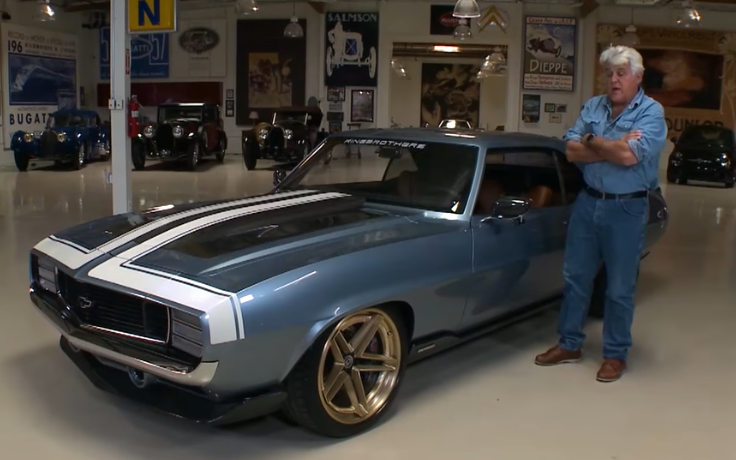 There have been a number of old-school performance cars featured this season on Jay Leno’s Garage, including a 1987 Buick Grand National and 1967 Chevrolet Corvette, but neither of those vehicles packed as much power as the 1969 Camaro G-Code.

Car Care 101: Have you heard about the hidden benefits that come with detailing your car?

Created by the Ringbrothers, the G-Code has the looks of a ’69 Camaro, but it comes with many other custom features that dramatically boost the performance of this car. For starters, the Ringbrothers inserted a supercharged V8 into the engine bay that provides approximately 1,000 horsepower and 800 lb-ft of torque. To handle that power, the Ringbrothers also added a Tremec six-speed manual transmission, high-performance Baer Brakes, and an aftermarket suspension system from Detroit Speed.

While a lot of work was done to increase this car’s performance, the exterior was left mostly unchanged in order to preserve the ’69 Camaro’s sharp body lines and muscular stance. The Ringbrothers finished this Camaro in a hue called Blue Print and then also added a Flowmaster stainless steel exhaust system. Furthermore, the custom wheels featured on this car were chosen in order to pay tribute to the classic IROC-Z.

This car was so popular at the 2016 SEMA Show–which is where it made its first public appearance–that GM gave it the award for best Chevy at SEMA.

Leno also seemed impressed by the Ringbrothers’ 1969 Camaro G-Code. In fact, near the beginning of the 26-minute long video, he can be heard saying, “I hate it when a car has changed so much I can’t even tell what it was originally. I love the fact that you kept the integrity of it.”

You can hear everything else Leno had to say about this classic Camaro in the embedded video below.