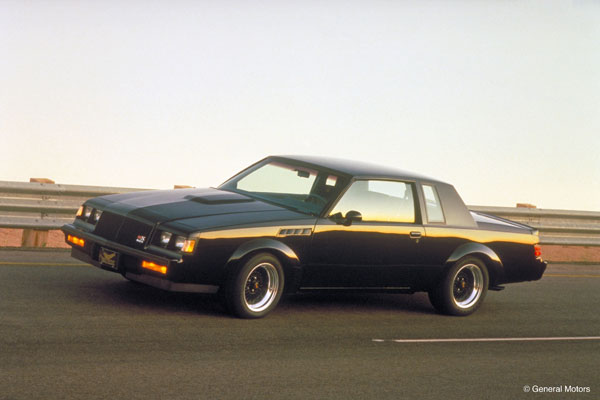 One of the biggest factors that veers car buyers away from new vehicles and toward used models is depreciation. The saying that your new car depreciates the second it leaves the lot is not just a saying: it’s a fact. The average car loses 20 percent of its value once it drives away from the dealership, and commonly-driven cars tend to depreciate an average of $3,392 annually (and that number goes up considerably if you drive a luxury vehicle). Classic vehicles that remain popular with buyers tend to defy this expectation, as an Edmunds long-term road test proved with the 1987 Buick Regal Grand National. The staff at Edmunds purchased a 1987 Buick Regal Grand National with T-tops and a paltry 5,000 miles on the odometer for the sum of $25,000. While that might sound like a hefty price for a vehicle that is more than 25 years old, the rear-wheel-drive Grand National has been immensely popular since being discontinued by Buick in 1988.(Hear that, Buick? Might want to keep thinking about bringing this one back from the dead for 2015; seems to be working out pretty well for the Stingray.)

RELATED: A History of Buick

Edmunds’ 1987 Buick Regal Grand National came decked out in the famous all-black aesthetic and equipped with an intercooled and turbocharged 3.8-liter V6 that doles out 235 horsepower. Over the course of their time with the GN, the lucky folks of Edmunds ended up spending $3,228.56 on repairs. These included $700 for a heater core, $370 for new shocks, $411 for a new sound system, and $721 for BF Goodrich Radial T/A tires. Not listed was the cost to repair a faulty speedometer, which writer/speedster Mark Takahashi recounted finding out about the hard way: “I pulled into a gas station lot, rolled down my windows and kept my hands on the wheel. In the mirror I saw him walk up to the Buick and give the trunk lid spoiler a friendly tap. This incredibly polite officer let me know that I was clocked doing 87. When I saw him, I was at an indicated 82 mph. Well, that’s one way to find out your speedometer is off.” In the end, Edmunds sold the 1987 Buick Regal Grand National to an interested party after 10,000 miles. Their final asking price: $25,000. That’s what a vehicle in demand looks like. So then, Buick: are we getting our Regal Grand National back yet? That sound you’re hearing is the rustling of anxious dollar bills awaiting your response. For the full story, check out Edmunds’ long-term road test.