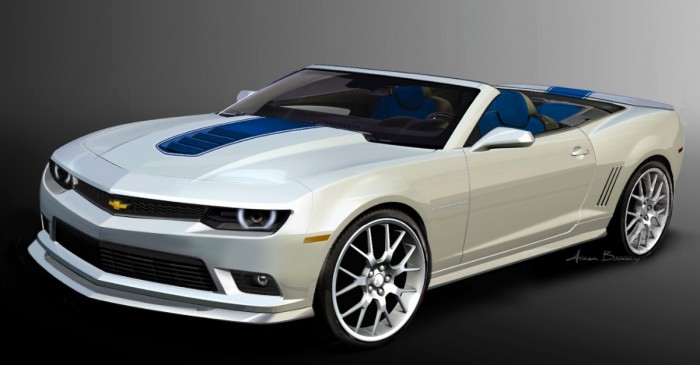 To ring in a new season full of sunshine and warmer temperatures, Chevy introduces the Chevy Camaro Spring Special Edition for a limited time.

The Spring Special Edition is based on the 2LT or 2SS trims, and is distinguished by a Summit White exterior with a Blue Ray stripe and a blue fabric top for convertible models. The unique model will feature a body-colored ZL1 spoiler, a ground-effect package, a gloss black front grille, and 21-inch wheels. The available RS package will feature a set of HID headlights and LED taillights, normally found on the Camaro RS.

The interior gains blue leather seats and floor mats, and a white trim kit with Blue Ray accents. Other options include a sunroof, dual-mode exhaust and navigation radio.