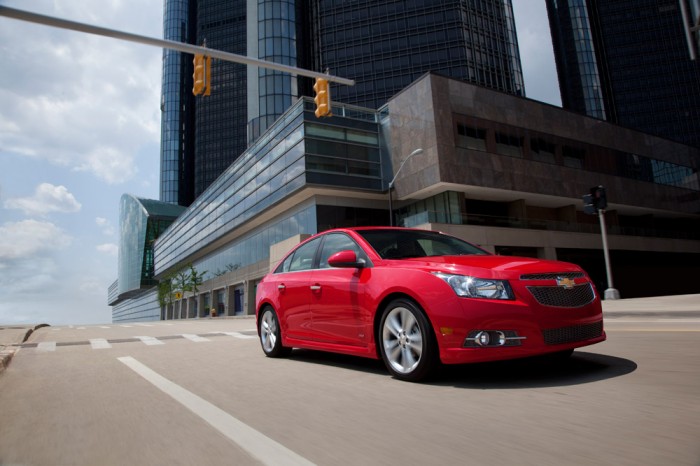 The marquee addition to the 2014 Chevy Cruze is a game-changing 2.0-liter turbocharged diesel engine that seriously bolsters fuel economy, as well performance.

The 2014 Chevy Cruze is a sleek, sporty compact sedan that was created with the goal of attracting young car-buyers. Its standard 16-inch steel wheels help deliver an athletic stance and a high-quality appearance that very few in the segment can match, and the 2014 Cruze’s wide array of exterior colors allow drivers to personalize their Cruze to match their personality.

The 2014 Chevy Cruze delivers a surprising touch of refinement for its class with a classy two-tone color scheme that runs throughout the cabin. The available technology only heightens its appeal, which includes a seven-inch touchscreen, rearview camera, Bluetooth connectivity, and voice control and smarthphone integration through the Chevrolet MyLink infotainment system.