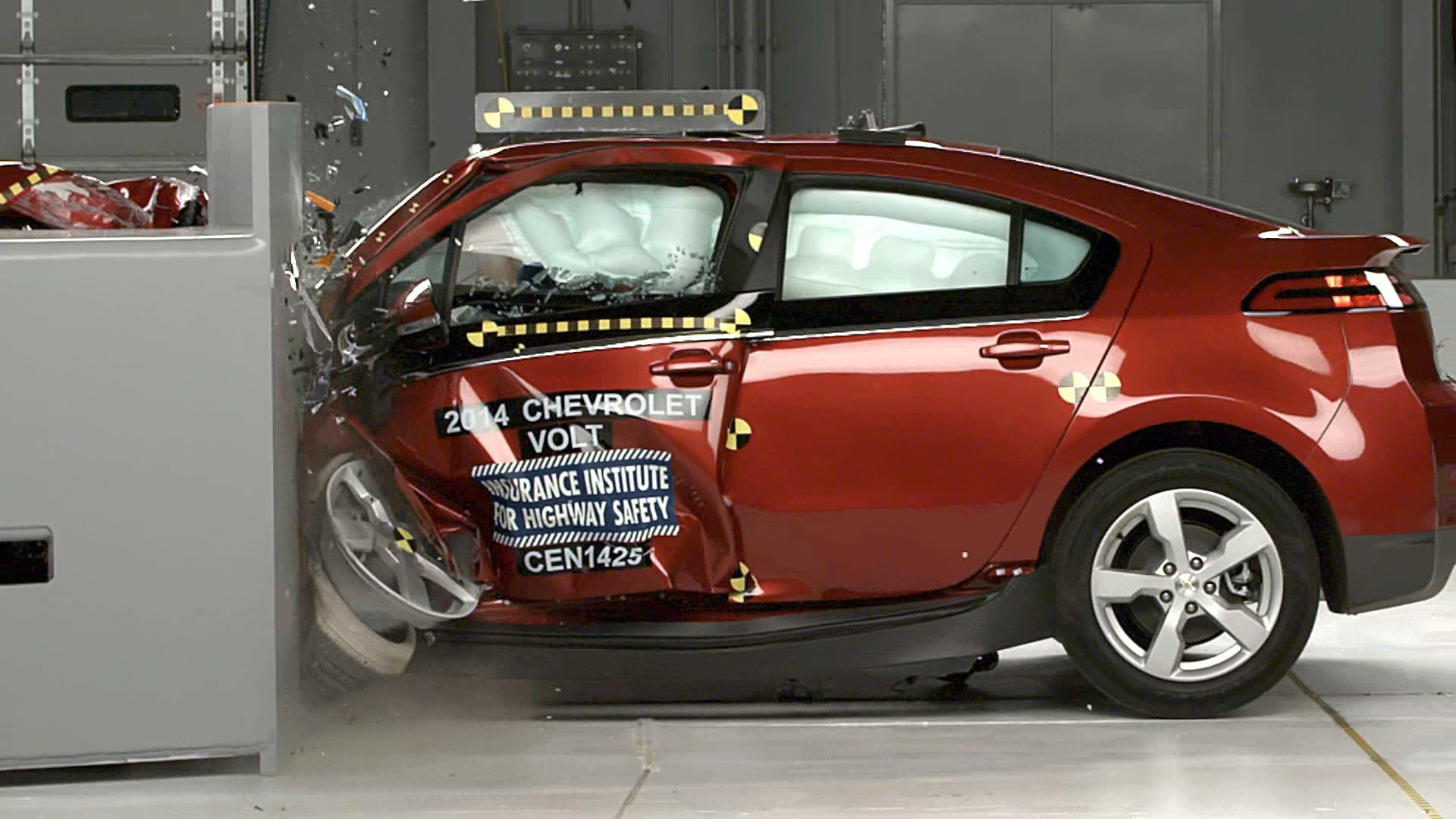 The all-new 2014 Chevrolet Volt recently earned a Top Safety Pick+ award from the Insurance Institute for Highway Safety (IIHS) thanks to its available Forward Collision Alert. Even more impressive, the Volt was the only one of twelve small cars that were tested to earn the top honor.

Specifically, the Volt earned four (out of six) “good” ratings, which are the highest ratings possible from IIHS, during the small overlap front test, the most difficult head-on test conducted by either IIHS or the National Highway Traffic Safety Administration. The Volt also earned two “acceptable” ratings, giving it an overall “acceptable” in the small overlap front test.

“The Volt’s crashworthiness performance puts it in the top tier for small car safety,” commented Joe Nolan, IIHS senior vice president for vehicle research. “GM should be commended for the Volt’s performance in the small overlap front test because this car was designed before that challenging test was introduced.”

Jeff Boyer, vice president of GM Global Vehicle Safety, added, “These outstanding results demonstrate our commitment to the highest levels of safety performance in our vehicles. Achieving the IIHS Top Safety Pick + is a key endorsement which is valued by our customers.”