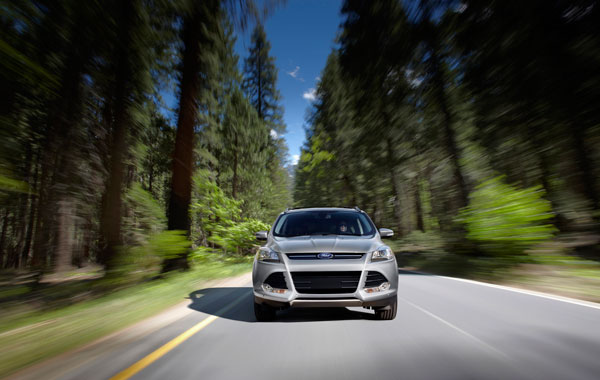 Ford’s smaller SUV, the Escape, didn’t experience any major upgrades this year, but—as the popular adage goes—if something ain’t broke, don’t fix it. The Ford Escape is certainly not broke—and it won’t make you broke either.

The SUV starts at $22,700 and has a very respectable (impressive, even!) EPA-estimated 31 mpg on the highway. A fuel-efficient and affordable SUV with a great history and a comfortable cabin? What else do you need to know?

But wait, there’s more! The changes Ford has made have been great ones: Ford’s Sync technology and a rear vision camera now both come standard on the 2014 Escape. The Escape comes in three models—S, SE, and Titanium—all of which run on a four wheel drive system. The base model comes with a 2.5L I-4 engine, which produces 168 horsepower, while the Titanium has a 1.6L engine with 173 horsepower.

The 2014 Ford Escape is a great smaller SUV. It’s small but definitely not too small, featuring a roomy, high class cabin and ample storage space. However tied up and impossible life seems to be, the Ford Escape is there to free you.