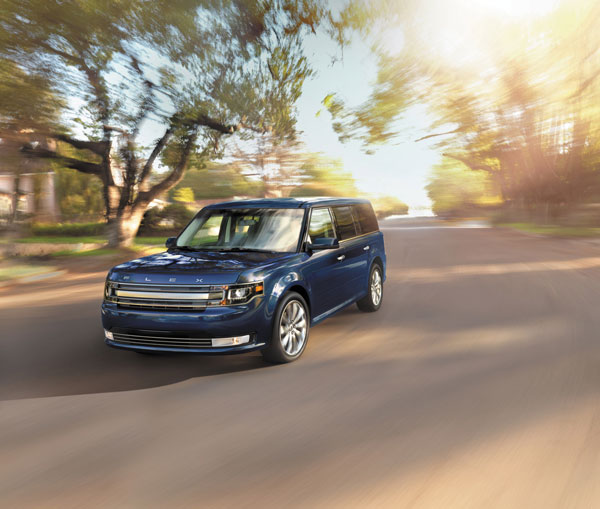 The 2014 Ford Flex is unlike any other vehicle on the road, and has even caused some debate as to whether it should be considered a wagon or a crossover. Its Land Rover-reminiscent front fascia sets the tone for the entire vehicle, and standard 17-inch alloy wheels serve to heighten curb appeal for the distinct 2014 Flex.

The 2014 Ford Flex is powered by a base 3.5-liter V6 that generates 287 horsepower and 254 lb-ft of torque. As with just about every Ford SUV, there is an EcoBoost option available on the 2014 Flex. The available turbocharged 3.5-liter V6 EcoBoost engine pumps out 365 horsepower and 350 lb-ft of torque. Each powertrain is able to tow up to 4,500 pounds when properly equipped.

The interior of the 2014 Ford Flex is adorned with soft-touch materials for a premium feel, and its available seating for up to seven delivers minivan practicality. The 2014 Ford Flex is loaded with available technology, including navigation, keyless ignition and entry, a refrigerated compartment, Ford SYNC connectivity with MyFord Touch smartphone integration, an eight-inch touchscreen, and a 12-speaker Sony sound system.

Standard safety features on the 2014 Ford Flex include traction and stability control, antilock disc brakes, a comprehensive suite of airbags, and emergency crash assistance through the Ford SYNC system.

Brought to you by Friendly Ford of Roselle, Illinois.