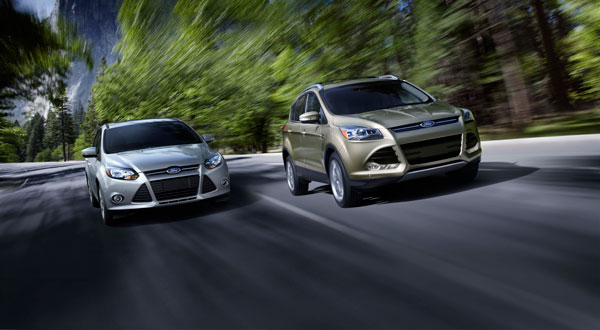 The National Highway Traffic Safety Administration (NHTSA) has given the all-new 2014 Ford Focus top honors after testing in the New Car Assessment Program. The 2014 Ford Focus Five-Star Overall Vehicle Score reflects top performance not just from the Ford Focus sedan but also from its hatchback variant, as well as the Focus Electric.

The impressive suite of airbags with which the Focus is equipped is largely responsible for the five-star score. This suite of airbags includes front and side airbags, and the driver’s front airbag employs a tether system that reduces the impact of the actual airbag if an accident does occur. The side airbags include shoulder vents to reduce pressure on smaller passengers.

In addition, the Focus utilizes crash prevention technology, such as the AdvanceTrac® electronic stability control and anti-lock brake system. This technology, which is standard across the entire Focus lineup, monitors road conditions and how the driver is responding to them; in turn, the technology will adjust the engine power, as well as apply the brakes, appropriately.

Brought to you by Tom Denchel’s FordCountry in Hermiston, OR and Prosser, WA