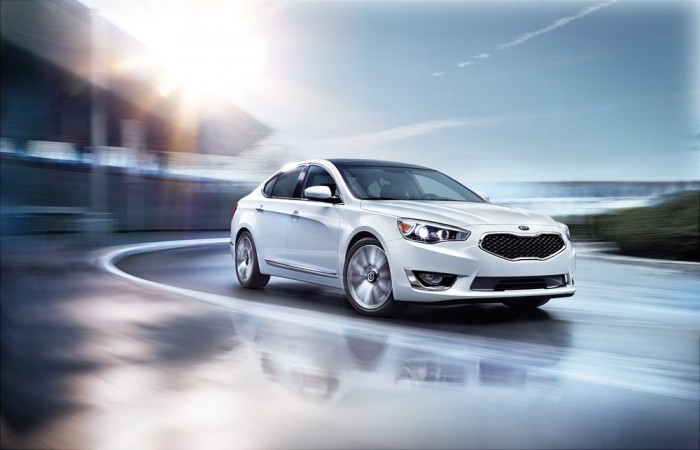 Kia is re-entering the large sedan segment with a “BANG!” by introducing the 2014 Cadenza. A mixture of bold style and timeless elegance comes together to create one beautiful, sexy car that simply cannot be ignored. The simple, honeycomb grille and abundant, dramatic bodylines create a refined silhouette that would make anyone’s head turn.

Every Cadenza is powered by a 3.3-liter V6 producing a robust 293 horsepower and 255 lb-ft of torque. A six-speed automatic is standard, along with front-wheel drive, which allows the Cadenza to accelerate to 60 mph from a standstill in 6.7 seconds.

EPA-estimated fuel economy for the Cadenza comes in at 22 mpg combined.

A fresh design and an abundance of upscale high-tech features make sure the Cadenza’s cabin has high-class style. The classy look is completed by quality materials, easy-to-use controls, and a touchscreen. Comfort reigns supreme in this large sedan, while the cabin remains roomy enough for passengers of all sizes. 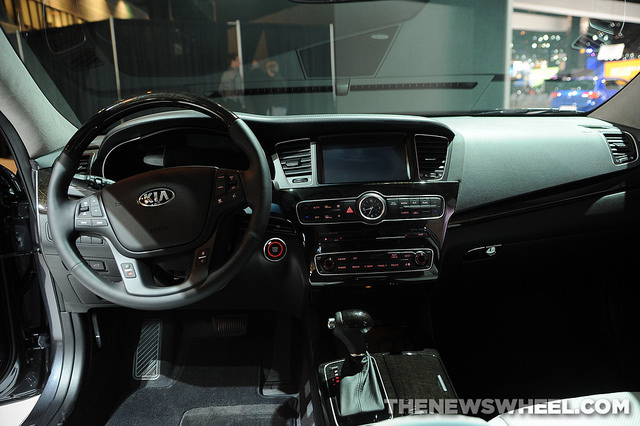 According to the Insurance Institute for Highway Safety, the Cadenza is worthy of their highest possible rating of “Good” in the moderate-overlap frontal-offset, side impact, and roof strength tests. Antilock disc brakes, traction and stability control, front and rear side airbags, side curtain airbags, and hill start assist are all standard safety features for the Kia Cadenza, along with a rearview camera and rear park assist. Blind-spot and lane departure warning systems are optional.

The Kia Cadenza sale a sales increase over last June.

Brought to you by Brown Daub Used Cars in Easton, PA