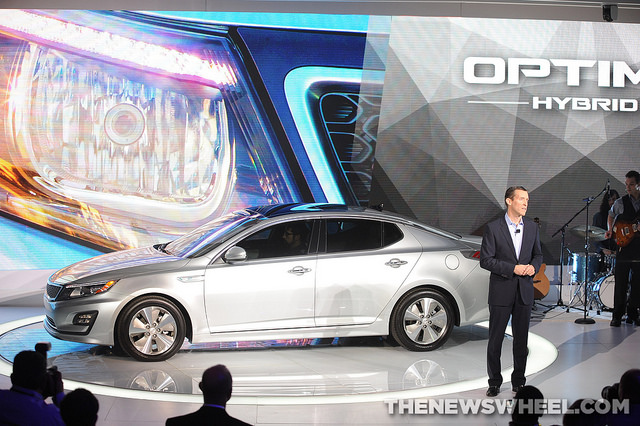 The 2014 Chicago Auto Show finally saw the long-awaited unveiling of the 2014 Kia Optima Hybrid just last week. But the Optima Hybrid was just one of three eco-friendly models that the hamster-loving brand revealed; Kia also showed off its Niro Concept and the 2015 Soul EV.

Don’t be fooled: the Optima Hybrid isn’t just the Optima with a hybrid powertrain thrown in. It’s a wild beast all of its own. Receiving front and rear fascia updates targeted at improving the hybrid’s fuel efficiency, the 2014 Kia Optima Hybrid also flaunts fresh wheel designs and updated grille and lighting elements. 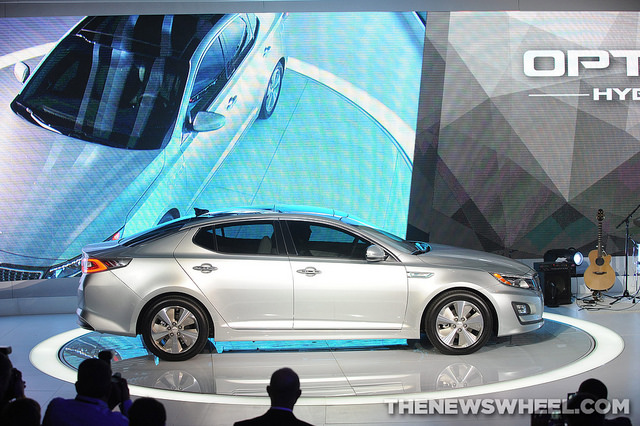 “The Optima Hybrid is an important and integral component of Kia’s advanced propulsion story,” explained Orth Hedrick, vice president of product planning, KMA.  “It’s unique in its segment because it not only gives owners savings at the gas pump and a smaller carbon footprint, but it also delivers world-class design, robust performance and an upscale personality, making it a truly attractive and well-rounded hybrid offer.”

The 2014 Kia Optima Hybrid delivers 199 hp and an impressive 235 lb-ft of torque when the gas engine and the 47-hp electric traction motor are combined. The Optima Hybrid also features a 47 kW lithium polymer batter and a Hybrid Starter Generator. EPA estimates come in at 38 mpg combined for the LX model; the EX model sees 37 mpg combined. 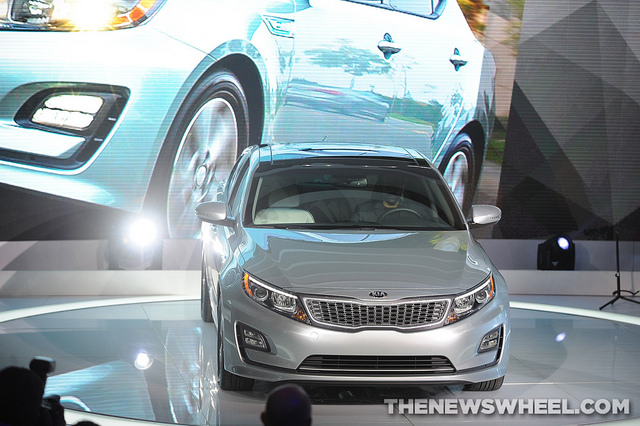 If hybrids aren’t your thing, be sure to check out the traditionally powered 2014 Kia Optima, which still enjoys a respectable 27 mpg combined. 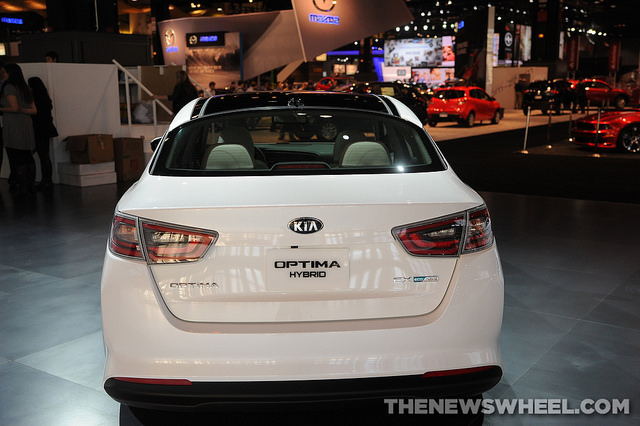