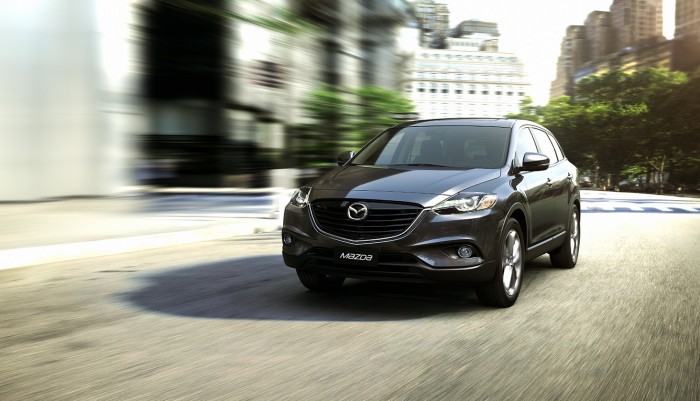 For the 2014 Mazda CX-9, both the Touring and Grand Touring trim levels receive a new rear cross-traffic alert system. Other than that, there are no major changes for the Mazda CX-9.

The Mazda CX-9 has everything you could possibly want in a crossover, including a sporty exterior that mixes ruggedness with style. The sharp lines and streamlined body make you want to take the CX-9 everywhere you go, whether it’s on a paved road or off the beaten track. A simply designed grille hints at the crossover’s versatility, while its top rear spoiler adds some aerodynamics to the body, making it easy to get the most out of its fuel economy potential. 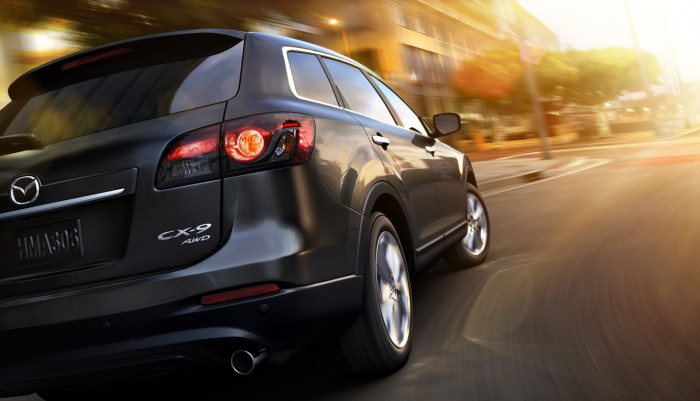 A 3.7-liter V6 engine powers the 2014 CX-9, producing 273 horsepower and 270 lb-ft of torque. Both front- and all-wheel-drive are available, while a six-speed automatic with manual shift control is standard. If the CX-9 is properly equipped, the crossover can tow up to 3,500 pounds.

According to the EPA, the front-wheel-drive CX-9s are rated at 19 mpg combined fuel-economy-wise, while the all-wheel-drive drops the mpg down to 18 combined.

A simple, yet modern interior design is enhanced ten-fold with a beautiful waterfall dash design which creates the perfect centerpiece for the cabin. A 5.8-inch standard touchscreen serves as a crisp interface that helps keep you connected, even though it’s not exactly best-in-class. What is best in class though, is space. Whether you’re looking to haul passengers or cargo, the CX-9 has the right configuration for you with the second and third row both folding down to provide plenty of cargo room.

Government crash tests found the CX-9 to be worthy of a four-star overall score out of five. Standard safety features for the crossover include antilock disc brakes, stability control with a rollover sensor, front-seat side airbags, full-length side curtain airbags and active head restraints. The Touring and Grand Touring models get a huge suite of safety technologies, including a blind-spot monitor and rear parking sensors.