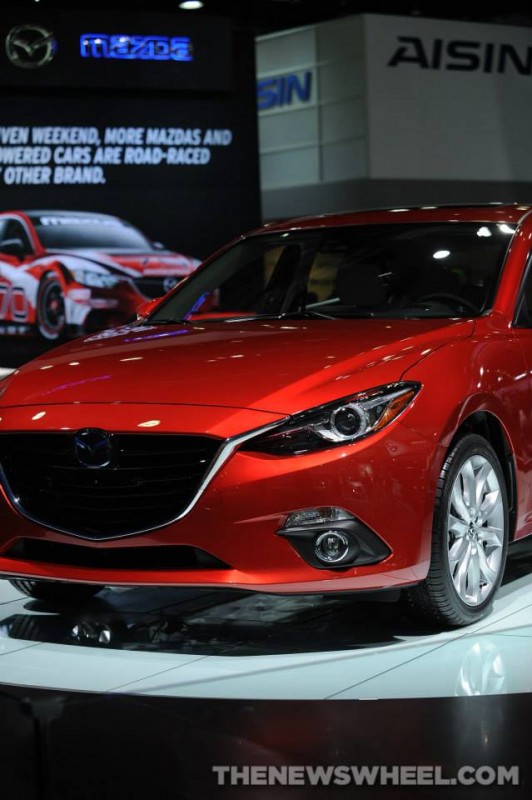 It’s hard to quantify something like fun or coolness, and it’s even harder to rank things based on those factors. One person’s idea of fun might be something altogether tedious and vice versa, and something that you might think is cool could be widely considered lame (just keep in mind how many people have purchased Nickelback records in the last decade) ,but this didn’t stop Kelley Blue Book from taking somewhat nebulous qualities and using them to determine their 10 Coolest Cars Under $18,000. Surprisingly, the winner is a vehicle that is actually almost universally considered fun and cool: the 2014 Mazda3.

Says KBB: “On the strength of a well-received redesign for 2014, the king of the Coolest Cars Under $18,000 reclaims its rightful spot at the top of our annual list. Stylish and fun from day one, the Mazda3’s new and improved fuel economy and tech offerings make it cooler than ever.” The Mazda3 satisfied KBB’s fun-to-drive and fun-to-own criteria, which may seem subjective in and of themselves. However, at this point, the Mazda3 may as well lay claim to the market for coolness; it’s appeared on Kelley Blue Book’s 10 Coolest New Cars Under $18,000 list every year since 2003.

Are there charts of IHS data that show beyond a shadow of a doubt that the Mazda3 is the most fun vehicle in its price range? No. Is there an OBD-II scanner that can determine how much cool your vehicle is generating and how effective that cool is at making you enjoy yourself? Nope. Some things, well, you’ve just gotta feel them.