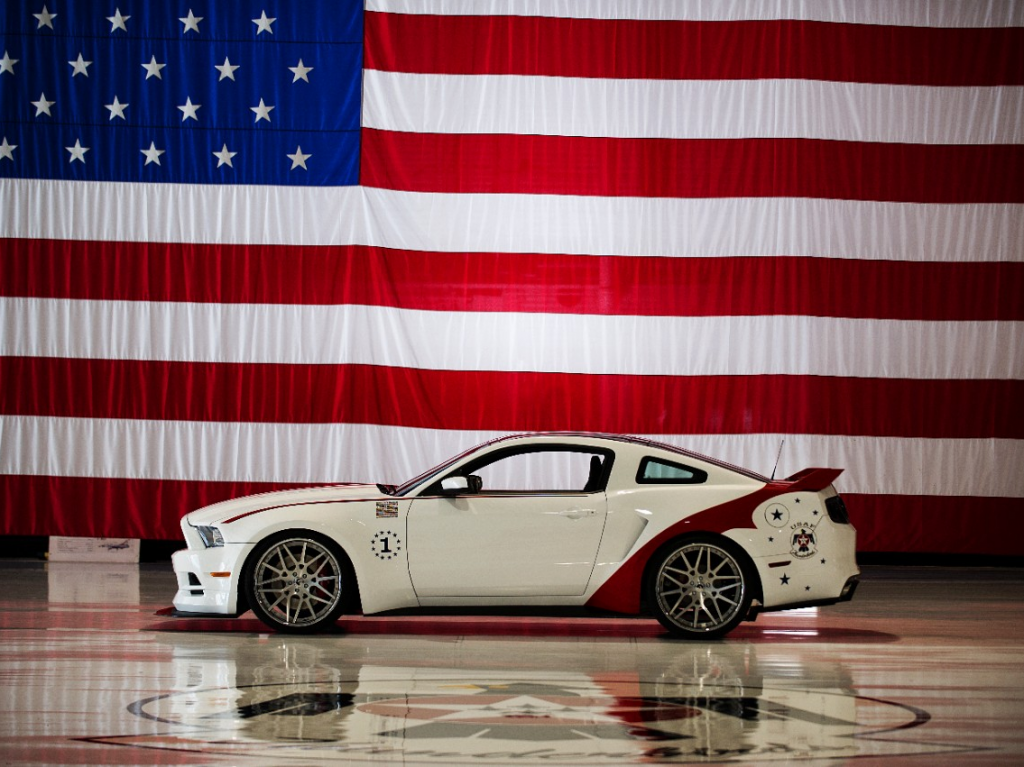 This April, the Air Force sadly announced that they would be suspending all their 2013 Thunderbird jet demonstration shows. Federal budget cuts limited the number of shows the team could perform, so the team suspended the tour all together.

In order to make up for the sadness a lot of dedicated fans complained about, Ford tried to make up for it. The automaker has created a Mustang with the same paint job as the team’s F-16 fighter jets. While these Mustangs may not be able to take off, it looks pretty similar to the Thunderbird jets. 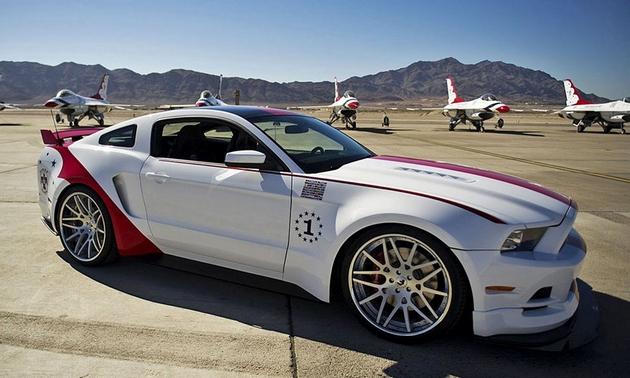 Ford proudly donated the 2014 Mustang GT featuring a F-16 fighter jet paint job to charity. Fans have the chance to purchase this ‘jet’ at the Experimental Air Association Show in Oshkosh, WI this August. The benefits from the purchase will be donated towards the EAA’s Young Eagles Program, providing free flights to kids aspiring to be pilots. 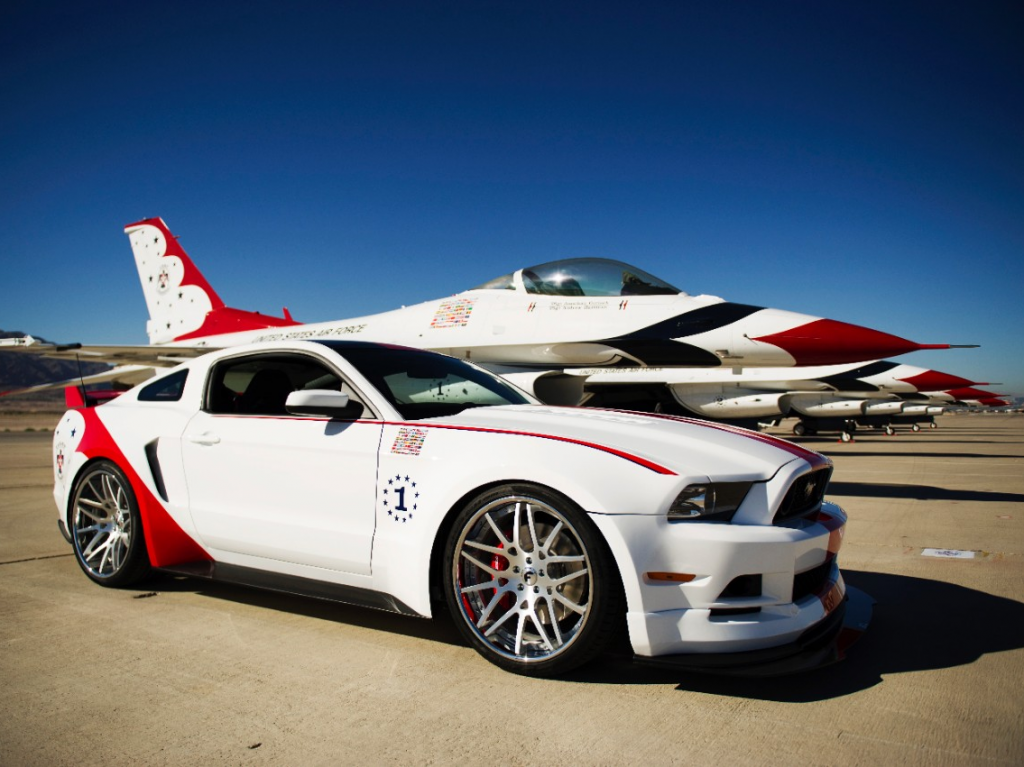 What a great idea, Ford! While they usually decorate a Ford Mustang with a military theme for the popular air show, fans will be pumped to see this Thunderbird-jet inspired Mustang that they have a chance to drive home.

Brought to you by Stanley Ford- Kenai, AK