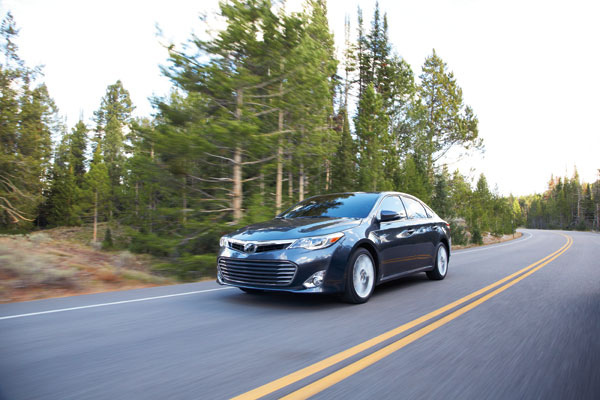 A few adjustments have been made to the 2014 Avalon Hybrid’s standard features, but there are no other major changes for the car.

The 2014 Toyota Avalon Hybrid presents the classic silhouette expected of the popular sedan with defined lines and intricately designed details enhancing the elegant, yet practical vibe of the hybrid. A prominent front grille makes a statement as the hybrid approaches, while the rear end makes sure you won’t forget it with an angular, integrated spoiler and smooth curves creating an unforgettable tableau.

For its hybrid powertrain, a 2.5-liter four-cylinder engine is partnered with an electric motor, which is powered by a trunk-mounted battery pack. The result of the two units is 200 horsepower, with a continuously variable transmission (CVT) delivering power to the front wheels.

The EPA has rated the Avalon Hybrid at 40 mpg combined.

High-quality materials and an elegant design come together to create a comfortable, yet luxurious cabin. Passengers will find plenty of space both in the front and the back, while the Entune system, which comes standard in the Touring and Limited models, allows for the driver to stay connected to a variety of smartphone apps including Bing search engine, Pandora streaming radio, and real-time traffic information, among others. Cargo room is plentiful, as is storage, with a convenient “eBin” which allows power cords to pass through a sliding panel for two cell phones and USB connections. 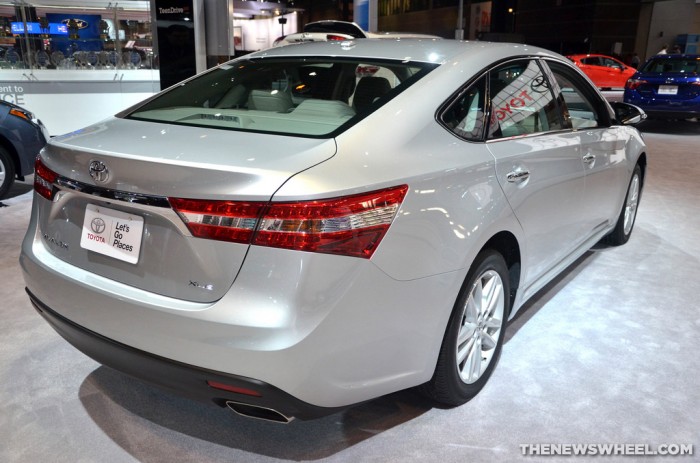 When it comes to safety, government crash tests have awarded five out of five stars to the Avalon Hybrid for overall crashworthiness. Standard safety features include traction and stability control, antilock disc brakes, front- and rear-seat side airbags, side-curtain airbags and front knee-airbags.