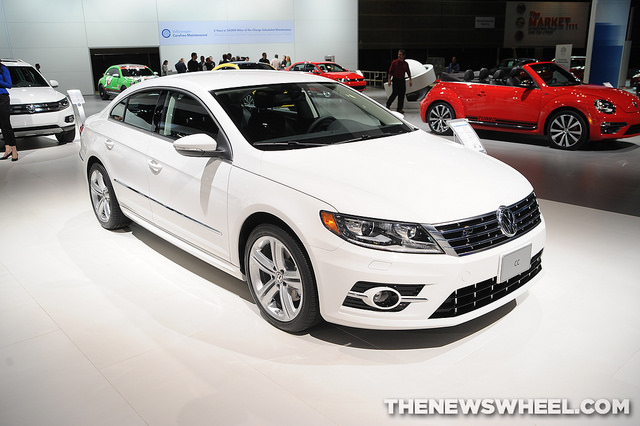 The 2014 Volkswagen offers the styling, elegance and features of a premium luxury sedan without the large price tag. An aggressively-styled front grille is accented by LED running lights to create a commanding on-road presence, which is heightened even further by standard 17-inch alloy wheels.

Fuel economy ratings for the 2014 Volkswagen CC’s base four-cylinder engine come in at an impressive 22 mpg city and 31 mpg highway. Even the high-performing V6 manages to return 17 mpg city and 25 mpg highway.

Standard safety features in the 2014 Volkswagen CC include traction and stability control, antilock disc brakes, and side curtain, as well as front side airbags. A rearview camera and front and rear parking sensors are also available.