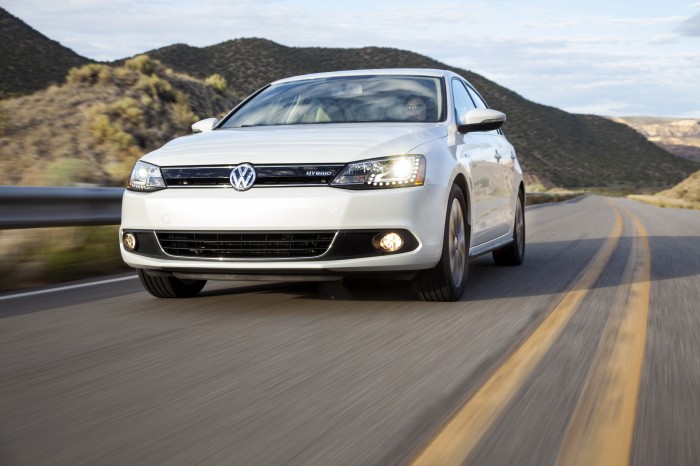 The 2014 VW Jetta Hybrid delivers the styling that has caused car-buyers to fall in love with Jetta, only with an advanced hybrid powertrain. The 2014 Jetta Hybrid comes with standard 15-inch alloy wheels and a rear spoiler to heighten its already sporty appeal. LED lighting is also available in upper trims.

The emphasis of any hybrid vehicle is fuel economy, but Volkswagen has ensured that the 2014 Jetta Hybrid is no slouch in terms of performance. The Jetta Hybrid is powered by a turbocharged 1.4-liter four-cylinder engine that is paired with a 20 kilowatt electric motor to produce a combined 170 horsepower and 184 lb-ft of torque.

The 2014 Volkswagen Jetta Hybrids’ revolutionary powertrain allows it to return 42 mpg city and 48 mpg highway. That makes for a combined fuel economy rating of 45 mpg, which is more than competitive in the hybrid segment.