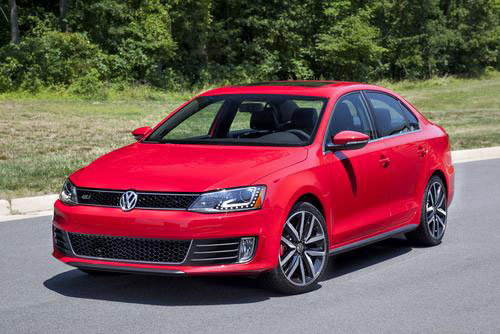 What’s New for the 2014 Volkswagen Jetta

The most exciting update to the Volkswagen Jetta for the 2014 model year is the arrival of a new turbocharged four-cylinder to replace the much maligned five-cylinder that had been in place the last few years.

The exterior design of the 2014 Volkswagen Jetta seamlessly merges the aesthetics of a responsible sedan with aggression of a sporty coupe into one vehicle. Standard 15-inch steel wheels help to bolster curb appeal along with a bold front grille.

Fuel economy ratings are very competitive for the 2014 Volkswagen Jetta. The base four-cylinder returns 24 mpg city and 34 mpg highway, but what is more impressive is how the higher-performing turbocharged option manages to improve on those figures by returning an impressive 26 mpg city and 36 mpg highway.

Before 2014, many in the industry were critical of the Jetta’s interior, but luckily Volkswagen improved it with more premium materials and slew of available technologies, including a touchscreen navigation system, an eight-speaker Fender premium sound system, Bluetooth connectivity, and keyless entry and ignition.