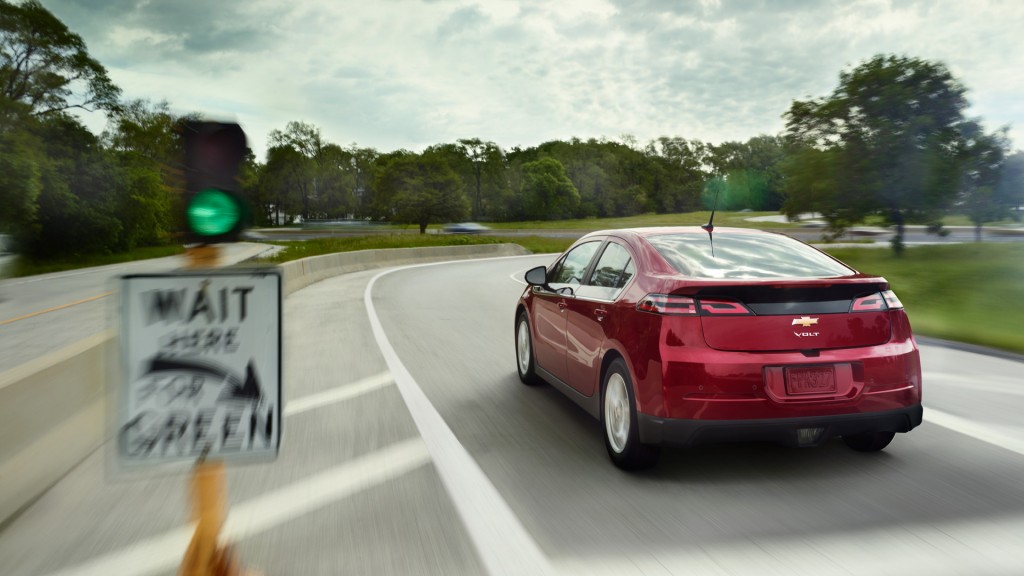 The move would lower the 2014 Volt’s price to $34,995 with shipping, which is a 12.5% decrease from last year’s model.  The move comes after Volt sales dropped by 3.3% in July, despite being an integral part of a record-breaking June sales month and a year-to-year improvement of 9.2% for 2013 Volt sales over those of 2012.  It is also being estimated that the move is an effort to make room on the market for GM’s upcoming Cadillac ELR plug-in, which utilizes much of the same technology present in the Volt.

Despite the $34,995 price tag, drivers will most likely be able to acquire the 2014 Chevy Volt for a considerably cheaper price, thanks to an available $7,500 federal tax credit.  The Volt is capable of driving around 35 miles on electricity alone before being able to alternate between fuel and electric power sources.  GM states that Volt owners average an astounding 900 miles between fill ups.

At the Volt’s website, Chevrolet boasts a running counter that claims the Volt has driven enough EV miles to equal seven million long walks on the beach, enough total miles to make one trip to Mars, and saved enough gallons of fuel to fund a the totally reasonable purchase of 11 million bottles of Thousand Island dressing.  Given this and the Volt’s price drop, it’s fair to say that aside from driving, the thing the 2014 Chevy Volt looks to do best is save money.