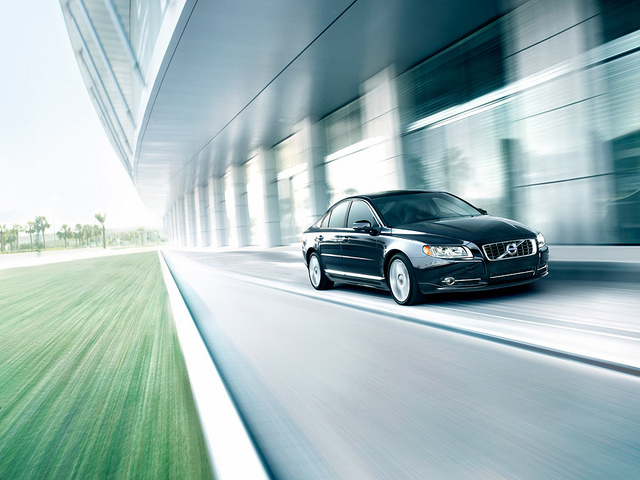 For the 2014 model year, the Volvo S80 receives a slight redesign with an updated grille, headlights, and bumpers. The instrument display has become more driver-oriented and the 2014 model will have a new steering wheel, more metallic cabin accents, and some added package features. The T6 will also see quicker gear changes for its automatic transmission.

The 2014 Volvo S80 brings refinement and sophistication to the road with an elegant new grille and a bolder, wider stance than ever before. Defined lines flow throughout the body, from front to back, creating the illusion of constant motion, while the uniquely angled tail lights add the perfect touch of uniqueness to the S80.

A 3.2-liter, inline six-cylinder engine powers the front-wheel-drive Volvo S80, churning out 240 horsepower and 236 lb-ft of torque with a standard six-speed automatic transmission. If you’re looking for a bit more power, the S80 T6 is powered by a turbocharged 3.0-liter inline-6 producing 300 horsepower and 325 lb-ft of torque. The T6 comes standard with a six-speed automatic as well, but has standard all-wheel-drive instead.

For the 3.2-liter engine, EPA-estimated fuel economy comes in at 23 mpg combined, while the T6 is rated 21 mpg combined.

While the interior of the Volvo S80 is far from being as extravagant as its rivals, the high-quality materials and clean, elegant design still make it a comfortable cabin. The front and back seats are both extremely comfortable with a decent amount of space available. The dashboard gauges are easy to read and simple to use, helping transfer information to the driver with ease.

Volvo is known for their safety, and the S80 is no exception. The Insurance Institute for Highway Safety awarded the S80 their top rating of “Good” in the moderate-overlap frontal-offset, side-impact, roof strength, and head restraint/seat tests. Antilock disc brakes, front-seat side airbags (featuring separate chambers for chest and hip protection), side curtain airbags, a low-speed frontal-collision mitigation system (Volvo’s City Safety system), and active front head restraints are all standard safety features for the 2014 S80.

Related: Roads Getting Safer Thanks to Volvo Connected Car Technology