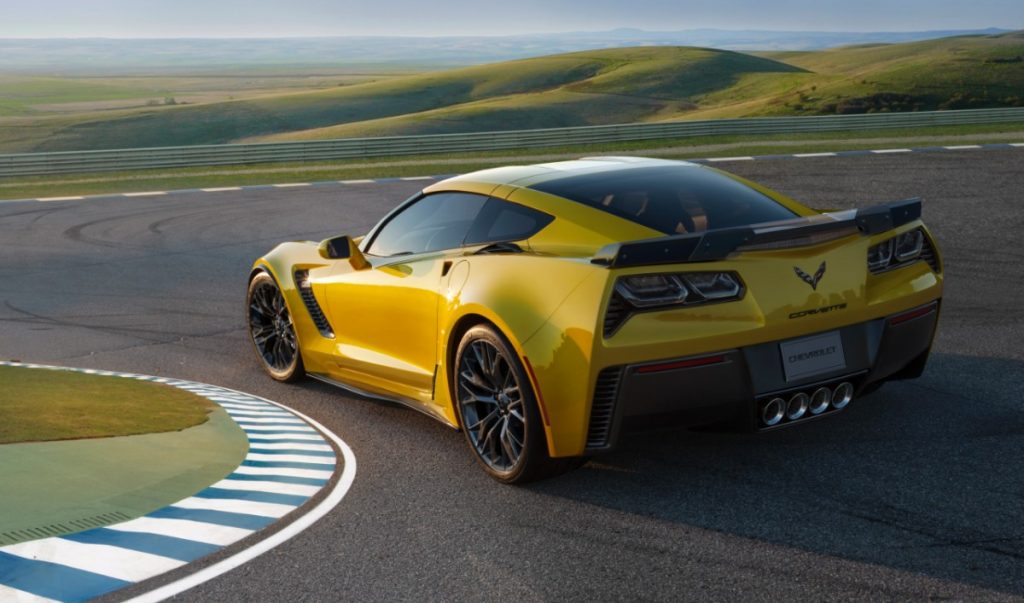 In the waning moments before revealing the 2015 Chevrolet Corvette Z06 at a press conference on Monday, President of GM North America Mark Reuss aptly called the yellow hellbeast that emerged from behind the curtain “The Big Nasty.” Yeah, we think that nickname will stick just fine. The 2015 Corvette Z06 is the most track-capable Corvette ever produced, capable of generating a minimum 625 horsepower and the most downforce ever tested in a Chevy.

“The new Z06 delivers levels of performance, technology and design that rival the most exotic supercars in the world,” said Reuss in GM’s official press release. “And the Z06 leverages the engineering expertise of GM, offering the choice of two world-class transmissions, supercar performance without supercar fuel consumption and technologies that make it easier to fully enjoy the incredible experience of driving it.”

So what’s unique about the 2015 Corvette Z06? Let’s take a closer look at all things that are good.

The 2015 Chevrolet Corvette Z06 is powered by an all-new LT4 6.2-liter supercharged V8. Consistent with specs that leaked last week, it will generate at least 625 horsepower and 635 lb-ft of torque. To make the Z06 more fuel-efficient, it will utilize Direct Injection, Active Fuel Management, and continuously variable valve timing.

“The supercharged LT4 engine delivers the greatest balance of performance and efficiency ever in the Corvette,” said John Rydzewski, assistant chief engineer for Small-Block engines. “It is one of the world’s only supercharged engines to incorporate cylinder deactivation technology, enabling it to cruise efficiently on the highway with reduced fuel consumption, but offer more than 600 horsepower whenever the driver calls up its tremendous power reserve.”

The new LT4 engine will be manufactured in Tonawanda, New York, and at the Performance Build Center in Bowling Green, Kentucky. 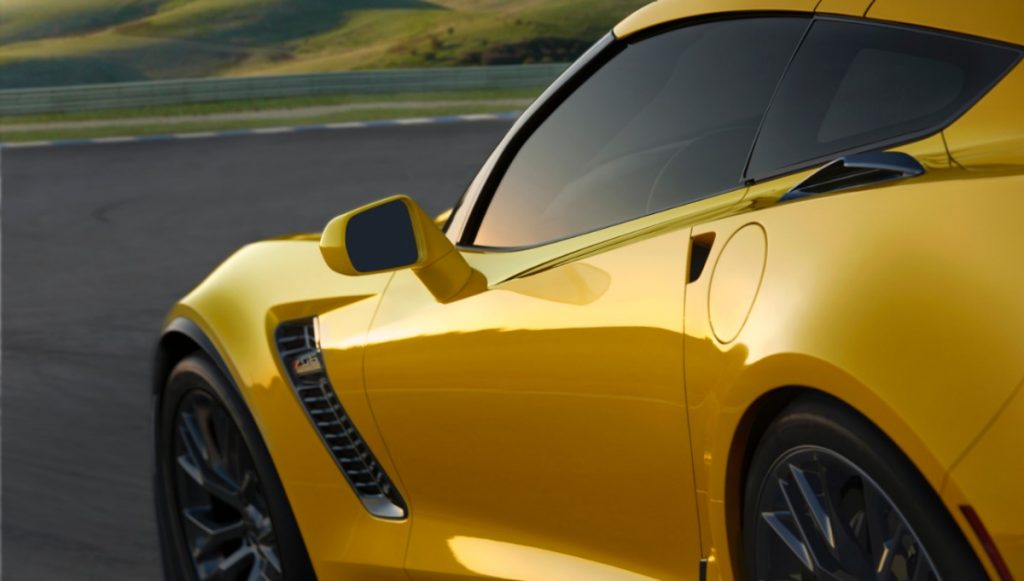 Feeling The Need for Eight-Speed

“Unlike most ultra-performance cars, the Corvette Z06 offers customers the choice between two transmissions to suit their driving styles,” said Corvette Chief Engineer Tadge Juechter. “The seven-speed gives the driver the control of a true three-pedal manual transmission with perfect shifts enabled by Active Rev Matching. The new eight-speed automatic offers drivers the comfort and drivability of a true automatic transmission, as well as lightning-fast shifts and manual control for track driving.”

As it was leaked back in December, the 2015 Chevrolet Corvette Z06 will be available with the all-new 8L90 eight-speed paddle-shift automatic transmission in addition to the standard seven-speed manual transmission. The new eight-speed transmission looks to increase the Z06’s fuel efficiency and performance capabilities, and is tuned for world-class shift-response times.

The miniscule steps between gears keep the LT4 near redline, and a controller is able to analyze and execute commands 160 times per second to create throttle upshifts that are executed faster than that of the manual transmission in a Porsche 911.

Downforce to Be Reckoned With

To increase downforce levels, the 2015 Chevrolet Corvette Z06 will come in three packages:

Other design elements of the Corvette Z06’s exterior that reflect its aerodynamic potential include a mesh front fascia that allows for better air intake, large front fender vents, air blades over the rear fenders, and larger rear-fascia openings.

The 2015 Corvette Z06 will include the Driver Mode Selector that helped make the 2014 Stingray such a hit with drivers and critics. Features that can be tailored to a driver’s specific wants and needs include launch control, StabiliTrack electronic stability control, traction control, performance traction management, and Electronic Limited Slip Differential. The latter comes standard on the 2015 Z06 and will capitalize on the potential for torque split between the rear wheels; eLSD will utilize a hydraulically-actuated clutch and will shift torque based on an algorithm that considers vehicle speed, steering input, and throttle position.

Study Your Tapes and Step Up Your Game

Revealed at last week’s 2014 CES in Las Vegas was the Corvette Performance Data Recorder, which will allow 2015 Z06 drivers to record video of their track and on-road performance with varying levels of telemetry overlay for post-drive analysis. This will allow the driver the ability to study their performances for improved driving (or just to show off to those friends that aren’t lucky enough to own at 2015 Chevrolet Corvette Z06).

More information on the 2015 Chevrolet Corvette Z06 will be released as the early-2015 launch date draws nearer. In the mean time, check in with us frequently at The News Wheel for the latest news and updates!

Brought to you by Smith Chevrolet of Lowell in Lowell, IN.