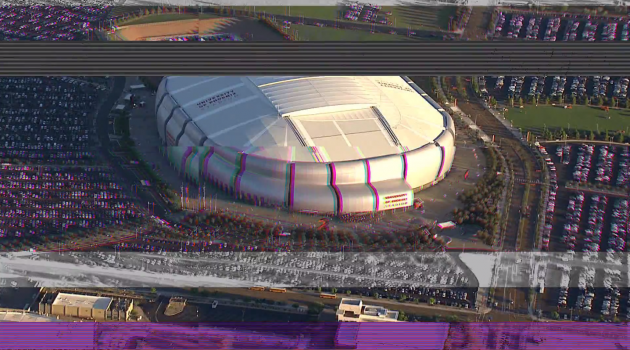 GM said that there would be no 2015 Chevy Super Bowl commercial this year, but it turns out it’s full of lying liars who were lying out of their lying holes. Still, the deception was worth it for the wonderful shock value they got out of their ad, which probably caused about 100 million Americans to freak out tonight.

In case you were watching the Puppy Bowl and missed it, this is what aired right before Super Bowl XLIX between the Seattle Seahawks and New England Patriots began:

Chevrolet’s Super Bowl ad began by making television viewers think that their cable had cut out right before kickoff. Sure, it’s funny now, but how many heart attacks were caused by this cruel trolling of gullible football fans? This ad is like the Super Bowl commercial equivalent of that Orson Welles War of the Worlds radio broadcast.

Still, it was a pretty clever way of promoting the Colorado’s built-in 4G-LTE Wi-Fi. The ad succeeded in getting millions of Americans to shout at their televisions in disgust before the game even started.

And then hours later, Pete Carroll caused millions of Americans to shout at their televisions in disgust again when he inexplicably called for a pass at the goal line with 20 seconds left.

Just give the ball to Marshawn, Pete! JUST GIVE IT TO BEAST MODE!!! IT WAS RIGHT THERE FOR THE BEASTING AND YOU BLEW IT, YA DINGUS!!!